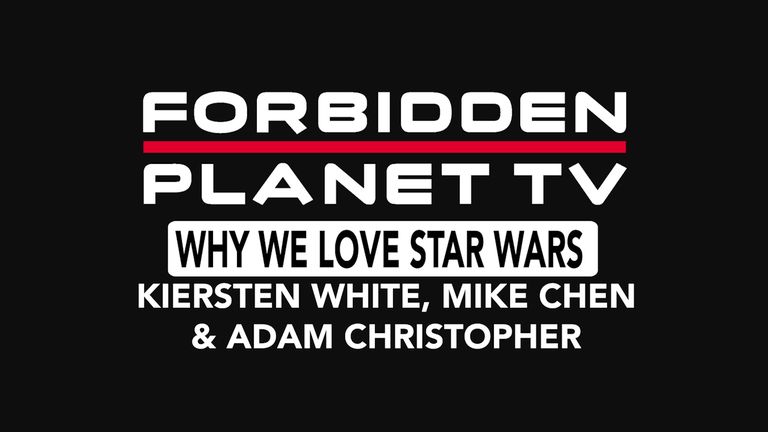 Last week was May 4th 2022, a day filled with major revelations for Star Wars fans and the long-awaited drop of the epic Disney+ Kenobi trailer! On that glorious day, Andrew Sumner hosted the three top Star Wars novelists at Forbidden Planet TV - Kiersten White, Mike Chen and Adam Christopher parked their X-Wings in our far, far away Rebel Alliance outpost and revealed all about their love for Star Wars and the major revelations they are dropping in their three new novels: Padawan, Brotherhood and Shadow of the Sith!

Obi-Wan Kenobi has not been apprenticed long to Qui-Gon Jinn, and he is chafing at Qui-Gon's training style: all meditation, no action. Obi-Wan yearns to prove himself on a mission, but when he and Qui-Gon are finally set to leave on an assignment, Qui-Gon is nowhere to be found. Angered by his master's abandonment, Obi-Wan sets out on the mission alone, determined to prove himself.  It's the star of the Obi-Wan Kenobi Disney+ limited series as you've never seen him before...

Obi-Wan Kenobi and Anakin Skywalker must stem the tide of the raging Clone Wars and forge a new bond as Jedi Knights. The Clone Wars have begun. Battle lines are being drawn throughout the galaxy. With every world that joins the Separatists, the peace guarded by the Jedi Order is slipping through their fingers. After an explosion devastates Cato Neimoidia, the jewel of the Trade Federation, the Republic is blamed and the fragile neutrality of the planet is threatened. The Jedi dispatch Obi-Wan Kenobi, one of the Order’s most gifted diplomatic minds, to investigate the crime and maintain the balance that has begun to dangerously shift.

SHADOW OF THE SITH

Luke Skywalker and Lando Calrissian return in this essential novel set between Return of the Jedi and The Force Awakens. The Empire is dead. Nearly two decades on from the Battle of Endor, the tattered remnants of Palpatine’s forces have fled to the farthest reaches of the galaxy. But for the heroes of the New Republic, danger and loss are ever-present companions, even in this newly forged era of peace. Jedi Master Luke Skywalker is haunted by visions of the dark side, foretelling an ominous secret growing somewhere in the depths of space, on a dead world called Exegol. The disturbance in the Force is undeniable…and Luke’s worst fears are confirmed when his old friend, Lando Calrissian, comes to him with reports of a new Sith menace.