A Q&A With Premee Mohamed

In your latest title, 'Beneath The Rising', you introduce us to two wonderful characters, Nick and Joanna. Can you tell us a little about them, and about their connection?

It's definitely been interesting explaining to people that when I say 'the main character' and 'the narrator,' they're not the same person! So, we see the story through Nick Prasad's eyes: he's what he'd consider to be an ordinary eighteen year-old, he's just graduated high school and is currently juggling the schedules of his grocery store job, his mother's job, and his three siblings. His lifelong, childhood best friend is Johnny Chambers, who's seventeen, a scientist, celebrity, and inventor. They're opposites in every way, but because they've grown up together, Nick thinks it's not a big deal, or else it would have driven them apart by this point. At the beginning of the book, Johnny's been away for several months, and they're both eager to reconnect and resume the friendship exactly the way it was. Nick is also, for the first time, considering that he may be in love with her, and what that might mean for the friendship: would it end or change it if he told her?

Without spoilers, can you tell us how that connection changes?

Tough question without spoilers! But basically, they go from this very trusting, confident friendship where they are sure they know everything about each other, to something more uncertain. The magic and monster situation begins to spiral out of control and forces them to reveal things they should have told each other long ago. 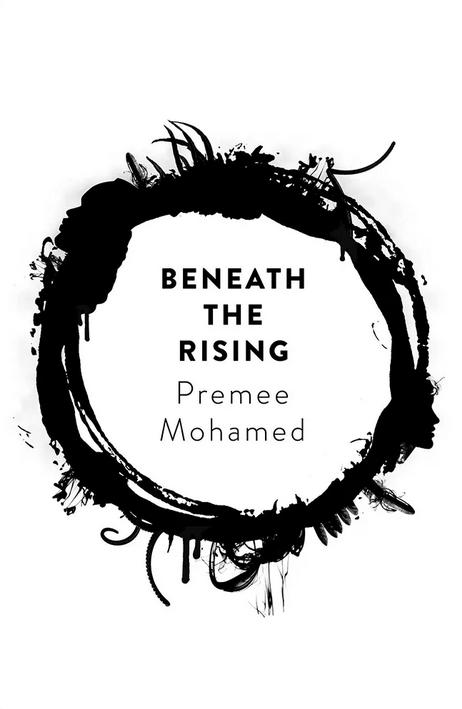 Your day-job* sounds amazing. How much has it affected your fiction?

The more I think about it, the more I want to say 'quite a bit'! Aside from the constant emphasis on rigor, science, and 'provability,' I think working in environmental policy over the past several years has given me some insight into the larger picture of government or governing in general, and how corporations think (if you think of them as people, it's a lot like the people that run them), and how to balance the wants and needs of dozens of competing communities in the same space, all with valid grievances, history, and conditions. It's a lot like writing, really... you have all these characters, they all want different things, but you, the government, have to decide who gets what and how to deal with the resentment of the people who lose out. It's tricky and delicate and exhausting and very satisfying, when it works.

If you had to pick a favourite of your short stories, what would it be, and why?

I had to think about this one for way too long, because I like them all for different reasons, but in the end I think I'm going to flip a coin between two stories:

The Redoubtables (Apparition Lit) because I was so pleased by how suddenly it came together when I found a way to fit a (sort of) narrative around the premise, as well as a way to stare evil directly in the eye.

Willing (originally the 'Principia Ponderosa' anthology) because it's probably my most personal story. I've spent my whole life in the prairies, I've worked at the ranches and farms in these landscapes, and I was thrilled and grossed out to be told the urban legend (rural legend?) that forms the basis of the narrative. It very much feels like a story about my home.     Do you have another book in the pipeline? And are you allowed to tell us about it? I think I'm allowed to tell you that there's a 'Beneath the Rising' sequel, but I can't say much more than that at the moment!

And lastly: what in the world is a frankencanola?

The short answer: IT'S AN ABOMINATION AND DOES NOT WANT TO EXIST!

The long answer: When I was working at Agriculture-Agrifood Canada fifteen years ago, we were trying to make a drought-resistant variety of oilseed by crossing canola with white mustard, which grows well under dry conditions. Of course, they're related, but not closely enough related to breed on their own, so we had to hand-pollinate them and then 'rescue' any seeds that were produced before they matured, treat them, and grow them in tissue culture. You really never feel more like a mad scientist than when you're in a fluorescent-lit room full of thousands of little identical boxes of tiny seedlings growing in clear gel, whispering 'Grow, grow, my monsters! Grow!'

Order a copy of Beneath The Rising below - and you can read an extract here.

* Premee has degrees in molecular genetics and environmental science, and currently works for the Canadian government in environmental policy “turning science-based environmental outcomes into policy and regulation”.