Q&A With Laura Lam About 'Goldilocks'

We are pleased to welcome Laura Lam to a Q&A about her new title, Goldilocks.

Hello Laura, and welcome to the Forbidden Planet blog!

Thank you for having me! The book is named after The Goldilocks Zone, aka the Circumstellar Habitable Zone, where a planet is warm enough to support liquid water if it has enough atmospheric pressure. So not too hot, not too cold, and life could theoretically flourish. NASA recently launched the Transiting Exoplanet Survey Satellite (TESS) to try and hone in on more Earth-size habitable worlds.

Thematically, the title also refers to that nebulous in-between space women are told they have to inhabit in society—be sexy but not a slut, be a mother but don’t give up your career, you can have it all but the glass ceiling is still there, take up space but also be smaller, and so forth. I wish I could pretend I planned that from the start, but I only properly realised that after the book was done.

Can you tell us a little about your protagonist, Naomi Lovelace?

Naomi Lovelace is the botanist on Atalanta, the ship heading first to Mars and then through a warp drive onto Cavendish, the exosolar planet ten years away that is human’s last hope as the Earth dies from climate change. Naomi has been focused on getting to space with laser focus since she was a child. She collected degrees, became an expert on growing plants in microgravity & alien soil and created example biodomes of Cavendish.

But even growing up the daughter of Catherine Lovelace, one of the two founders of mega-corporation Hawthorne (not entirely dissimilar to something like SpaceX), and then raised by Valerie Black, the other founder, was not an immediate golden ticket. Naomi got into NASA and then realised they’d do everything they could not to send women to space. So when Valerie offered Naomi her dream, she took it with both hands. Even if that meant stealing a spaceship to do it.

Naomi was fun to write as I have absolutely zero practical skills. About all I can do is lie and teach others to lie better. Learning the science to have Naomi come across believable was so fun, and I have to give extra props to my friend Dr. Sinead Collins, an evolutionary biologist who runs a lab looking at algae in the context of climate change at the University of Edinburgh, for giving a later draft a science read and finessing some aspects. So many people helped me learn enough science to be believable—my acknowledgements are 5 pages long. I’ll inevitably have still stuffed something up scientifically, but I tried my best.

'False Hearts' was a huge success, and a pick of the BBC Radio 2 Book Club. How do you feel this has affected your later work?

I think False Hearts was a good, solid stepping stone to my career, for sure, but it didn’t end up being a breakout book, sadly. I love that book, writing it was such a lifeline, and am grateful it got some good wide-stream exposure. With that book deal I was able to take a brief break from my old day job and got a Masters in Creative Writing. This allowed me to get my dream job of teaching creative writing at Edinburgh Napier University, which I’ve done since 2016.

But I spent most of last year and the year before wondering just what success actually means, because it seems like no one ever really feels like they hit it. I had some momentum, then no new releases for three years and some behind the scenes difficult setbacks. In some respects, I’ve felt like a massive failure over the last few years, while at the same time being very proud of how my craft has levelled up and aware that, objectively, my career is still just beginning. It was weird cognitive dissonance. Still is. 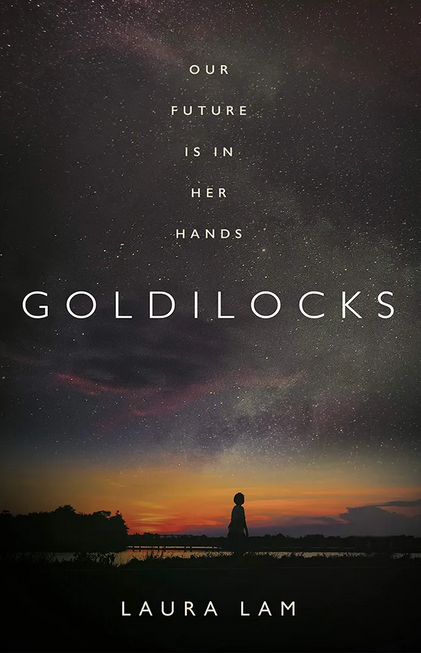 In order to move forward and actually keep writing, I had to stop caring about success, because it’s a mirage anyway. I can’t control how many copies my books sell, how much marketing they get, if they sell in translation, or if people like them, or absolutely anything, really. Especially now that I’m launching a book when bookstores are closed and my events cancelled. This is all very odd territory. If I was still caught up in this idea of success I’d be a lot more of a wreck just now. Thank you, therapy.

All I can do is write the best book I can at that point in time and hope it connects with people and have as much fun and joy writing it as possible. And I did have a hell of a lot of fun writing this and learning about space exploration and astronauts.

You’ve crossed a variety of genres, from the adrenaline-fuelled Cyberpunk of False Hearts to the mystery and magic of the Micah Grey series. What do you like writing best – or what’s the hardest thing to get right?

I’m a promiscuous reader so that seems to have translated into being a promiscuous writer in terms of genre. I even have some ideas for intergenerational non-speculative fiction burbling away on the backburner of my brain. I’d love to have a career that can span different genres comfortably, like Iain (M.) Banks (RIP).

Growing up, I read mostly fantasy, so I started with that with Micah Grey and Pantomime, and I still have a huge soft spot for making up expansive worlds—one of my works in progress is a dragon epic fantasy. For fantasy (and far future space opera, like Seven Devils, which is out in August), figuring out how to balance that exposition without overloading the story, is probably my main challenge. As my colleague at Napier David Bishop says, you have to deliver it with an eyedropper rather than a dump truck.

Writing near future science fiction is a different challenge, because you need to believably extrapolate from today in a way that won’t immediately date itself. False Hearts was fun because I was blending elements of utopia and dystopia—ustopia, as Margaret Atwood calls it. I put in things I want to see in the future (solving climate change, poverty, war), and things that scared me (a surveillance state, a huge pressure to conform). In Goldilocks, there’s a bit more of the fear, but I tried to hold onto the hope, too. But I deliberately didn’t go into the minutiae of how we got from April 2020 to the future Naomi Lovelace lives in. I think it’s more interesting for the reader to fill in the blanks themselves, as they’ll all find subtly different ways to getting there. Plus the book is already technically already out of date—there is no mention of coronavirus in the book, as that wasn’t on our radar as I was writing it in 2019.

You handle some challenging concepts in your work, both political and personal, and you handle them very skilfully. Is this a conscious choice, or just part of the narrative?

Well thank you! And I suppose it’s conscious to an extent—on my masters we constantly bang on about the idea of purpose (any students reading this now will groan knowingly). All art is political, but if there’s no characters than there’s no story; it’s just a sermon. We follow characters through story arcs, we want to learn for ourselves and make our own conclusions. I knew I wanted to touch on a few things: feminism, specifically in regards to fertility and the pressure women have on them to either have or not have kids, the rising tide of the mens’ rights activity movement on both the right and the left, climate change, the opportunities and dangers of space exploration, and more. Sometimes I worried it was too much to balance, but I think I did a decent enough job.

I didn’t expect the book to end up quite this topical. In the book, everyone wears masks outside due to climate change. We’re wearing masks for different reasons, but it’s still very strange. Abortions and IVF have been put on pause in many places due to quarantine, which has some worrying ramifications for womens’ health.

As a creative writing lecturer, what’s the one piece of advice that you would give to new writers?

I’m going to cheat and give three.

1. Purpose (again). Know why you’re actually doing what you’re doing. Also don’t beat yourself up for getting someone not right the first time. No one ever does. If they say they do, they’re lying. Or the book they’ve written would likely only improve with another rigorous edit—I can guarantee it.  How is this a story only you can tell?

2. Read a lot. Write a lot. On the masters we teach a lot of skills and craft, but nothing will help you become a better writer more than practice. That 10,000 hour rule to become a master thing that people spout has some truth behind it. You learn by doing. There are no shortcuts.

3. Find joy in what you write. It’s easy to whinge and moan about writing. I do my fair share of it. But there should be moments that are fun and satisfying. Nothing beats sinking into a story and hitting that perfect flow. That’s what we’re all chasing. I’d rather be able to have that on tap than all the ‘success.’ Though I’m not averse to success, either!

Thank you Laura! You can order a copy of Goldilocks on the link below.