Mark Lawrence is the author of the Broken Empire trilogy of fantasy books, and the winner of the David Gemmell Legend Award for Emepror of Thorns. And he stopped by to have a chat to Forbidden Planet! 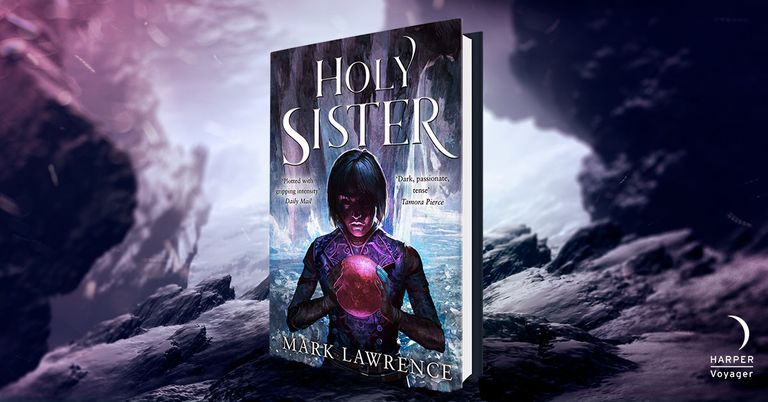 Can you tell us a bit about your latest novel, ‘Holy Sister’?

Holy Sister is the final volume in the Book of the Ancestor trilogy. We’ve followed the main character, Nona Grey for ten years, watching her grow from a skinny child to a young woman. The Convent of Sweet Mercy has been her sanctuary for a decade. She entered as a novice and she’ll leave as a nun, trained in the arts of war as well as in matters spiritual. Trouble has dogged her all the way and she’s met it with defiance, bravery, and no small amount of violence. Her troubles have grown with her though, and in Holy Sister we get to see whether she can truly make an end of them.

Your lead character, Nona Grey, is learning the secrets of the Universe. Without too many spoilers – what truths has she uncovered?

Nona has been pursuing the roots of her magical talents and seeking to unravel some of the mysteries of the vanished original inhabitants of her world. However, the biggest universal truth she’s uncovered concerns things rather smaller and more ordinary. She learns most about other people. The importance of friends and loyalty, the need to manage your expectations and to exercise forgiveness. The power that comes with insight into human nature, and another, sometimes greater power, that comes from having faith in it nonetheless.

What are the differences in the paths that Nona can take? And what helps her find her own?

At the simplest level Nona is faced with a choice concerning the order she will join when becoming a nun. She could choose to take traditional holy orders, or to serve the church as a warrior, assassin, or mage. Both the nun she admires most and the nun she likes least are in the spiritual order. The choice is less simple than she imagined and has lessons to be learned contained within it.

You’ve won multiple literary awards. Do these things change how you feel about your work?

No. They are very nice to have but no literary awards are genuine measures of any quality other than how well that author has appealed to a relatively small subsection of the readership. And that appeal is often based on a host of other considerations along with the writing and the story being told.

Most of my awards are in fact edged weapons (axes, swords, and daggers) so I guess I do now view my work as a means of circumventing my wife’s veto on such things entering the house.

Can you tell us what you’re working on next?

I’m working on a trilogy set in the same world as the Book of the Ancestor trilogy. The first book, The Girl And The Stars, should come out in 2020. I’m busy writing the 2nd book at the moment. Before that though there is my science fiction trilogy, Impossible Times, which starts with One Word Kill, all three books due out in 2019!

Thank you for talking to Forbidden Planet!

Who can ignore questions from a whole planet, forbidden or not?

And a teaser extract from Mark’s latest novel...

"The roar of a crowd invades you like a living thing, reverberating in your chest, taking its answer from your lips without permission. The press of bodies overwhelms barriers and unknowingly the many become something singular, the same emotion bleeding from the skins of different people, the same thought echoing in a hundred skulls, or a thousand. For a marjal empath it can be a thing at once both terrifying and glorious, expanding their control, making it easier to reach into the minds around them, but also allowing the possibility that in such a storm of humanity they may lose themselves, may be lifted out of their flesh, never to find it again." 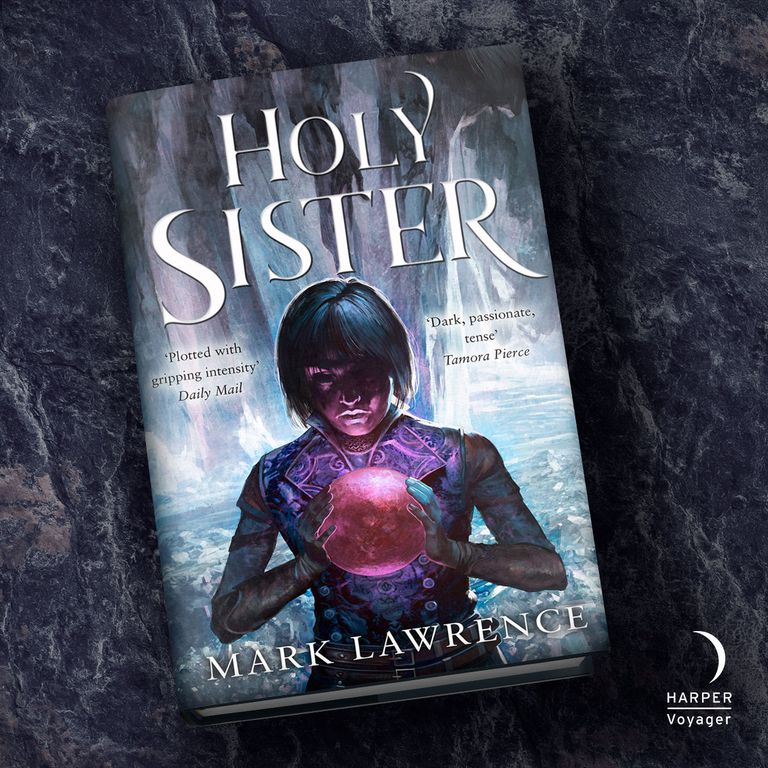