My Love Of Folk Horror by Kit Whitfield

In this guest blog, author Kit Whitfield talks about her love of folk horror. 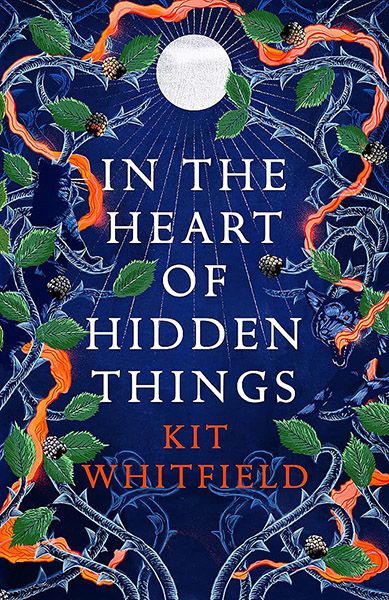 When I was a little girl, I had a book of fairy stories that my parents read me at night; they’d bought it for the illustrations, and it was only several tales in that they realised it was old-school. These stories did not mess around. Stepmothers danced to death in red-hot shoes; witches rolled away in barrels full of nails; severed horse-heads hung lamenting on the wall.

‘Isn’t this a bit too gory?’ my mother asked my father.

‘I think she rather likes the bloody endings,’ he quite accurately replied.

I never deliberately sought out one genre over another; I liked to read widely, because why miss the fun? But there’s an exception. I was a folk horror fan before I could spell.

They call three films the ‘Unholy Trinity’ of folk horror: The Wicker Man, Witchfinder General, and the spectacularly-titled The Blood On Satan’s Claw. (Which latter is best watched half-asleep or quite drunk, if you’ll take my advice: the cinematography and music are gorgeous, while the plot is a stitched-together portmanteau of shorter ideas that really, really shows the seams. Tell yourself it’s all a dream; trust me, it helps.) But it’s what you call an ‘accidental genre’: something people just did because it was in the air – mostly from the mid-1960s to the 1980s, when everyone was uncertain where the world was headed. And these days, it’s come back to haunt us.

In frightening times, people want to belong; we want somewhere familiar. I think of it as ‘neo-pastoralism’: when the world gets dark and overwhelming, we become nostalgic. We revisit childhood favourites; we go for walks in nature; we remember old myths. If we’re really on the wrong track, we get nationalistic, and then woe betide those we choose to blame for our fear. Too much comfort can make us dangerous.

But comfort and horror combined? Well, that’s a treat. Ever know the joy of drowning the burn of chili in a mouthful of chocolate milk? There’s nothing yummier.

Ask me for my desert-island book, and I think I’ll want Angela Carter’s The Bloody Chamber.

You can say a lot about its feminism or intertextuality and I won’t argue with you, but I love it because it’s a slim volume of places to go. I spent my childhood gazing at enamel-backed earwigs and loll-tongued foxgloves, and when I read those Carter stories, they glow like mist in the morning. (My favourite reading was probably on an old-school London bus while travelling to Anthropologie to admire the fabric sculptures of Mister Finch; long-fingered creatures and wily beasts every which way.)

That’s what I love about haunting books: the way they surround you. Since I was a child, I read and reread the M.R. James ghost stories, his coldly comforting landscapes and his pristine shocks. As an adult, I tracked down indie printings of Emily Carroll, and tried not to reread Jonathan Strange and Mr Norrell excessively often; I made Christmastimes of The Company of Wolves and The Box of Delights. I picked up Helen MacDonald’s H is for Hawk from the library and had my own copy ordered before I’d even finished it; some books you just need. Little escapes I could carry in my hands; books that opened like doors.

And a few years ago, when I was very tired and homesick for the countryside and needed a door in my mind, I built one of my own. It opened into a place called Gyrford, a small village surrounded by forests and chalk paths and ancient hills and scary creatures – just as the world had been when I was little. Wild, and various, and big enough to swallow you up.

There were fairies in it, of a kind: not Victorian butterflies, but the fierce, comical, terrifying People of the land: the stories you make up when you don’t have much shelter from the world, and you know that it might strike you down without warning.

But there were also fairy-smiths. The old legend is that cold iron repels spirits. This may sound familiar to Terry Pratchett fans who remember the thoroughly enjoyable Lords and Ladies; it goes back a long way, and there are some who argue that the oldest story of all is ‘The Smith and the Devil.’ (They could be wrong, but let’s not be spoilsports.) Doubtful spirits and redoubtable ironworkers: why not both? Someone has to protect us; someone has to be the grown-up. And if nobody is, we might as well pretend.

I grew up a folk horror fan, but did the book turn out that grisly? In the end, no, not really. I always was genre-stupid, and honestly, in times like these, I felt the need for a bit of a laugh as well as a scare. According to my much-smarter-than-me editor, I wrote something called ‘high fantasy’ – although apparently that’s to do with the spirits in it, not the social classes, because if there was anything I wanted in my new imaginary community it was a life where common people were important and heartless rich gits got what was coming to them. As my fairy-smiths saw it – and I’ll never stop enjoying having a hero called John Smith – sometimes the fey are the least of your problems. I wrote a place to go, a paper home-from-home – and what’s home, if there isn’t something a little eerie just beyond your door?

You can order Kit's latest novel In the Heart of Hidden Things below.

We're excited that Kit will be joining us at MCM 2022 at the Forbidden Planet booth on Saturday 28th May.