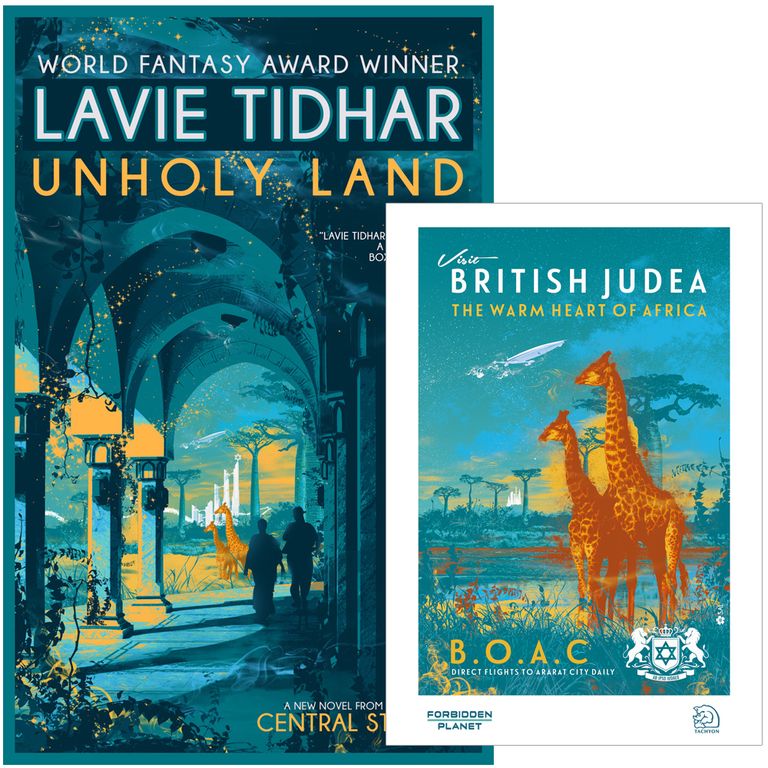 Lavie Tidhar is the winner of multiple literary Awards, including the World Fantasy Award, the Jerwood Fiction Uncovered Prize and the John W Campbell Award. And we were lucky enough to catch him for a chat!

Can you tell us a bit about your latest novel, ‘Unholy Land’?

I think of it as the last of that loose sequence of weird novels I've been writing since Osama. It's an alternate histories-noir detective-metafictional-political thing (what Adam Roberts I think started to call "Tidharian"!). It's about a guy called Lior Tirosh, who time-slips into an alternate history world where Jews settled in what was then British East Africa (based on a real historical offer from 1904!) and then things slowly get much weirder. Along the way he starts thinking he's a hardoiled detective from one of his own novels, and there are people after him, and it turns out there's more than one reality at play. It's both sort of very playful and very serious at the same time - I can't seem to help myself in that I like doing the political stuff, but there has to be some sort of cheap gags thrown in too!

Your lead character, Tirosh, is described as an inadvertent time traveller – is this a personal skill, or something he’s learned along the way?

It's more of a time-SLIP - think what happens to the guy in The Man In The High Castle when he momentarily finds himself in our world. So Tirosh kind of comes from the alternate reality but he ends up in ours, and then he inadvertently goes back... In a way it's talking about, you know, can you ever go home again? What is home? But - unlike one of the other characters in the book, Nur - he has no control over it.

Not paradox maybe but there's definitely potential for confusion! Like when Nur, the "Border agent" passes through our reality and someone mentions, I think, Al-Qaeda and she asks if it's some new rock band. I do like playing with all the different realities (and throwaway jokes to my other books - I think Adolf Hitler shows up in a cameo at some point, in a blink-and-you'll-miss-it kinda way). 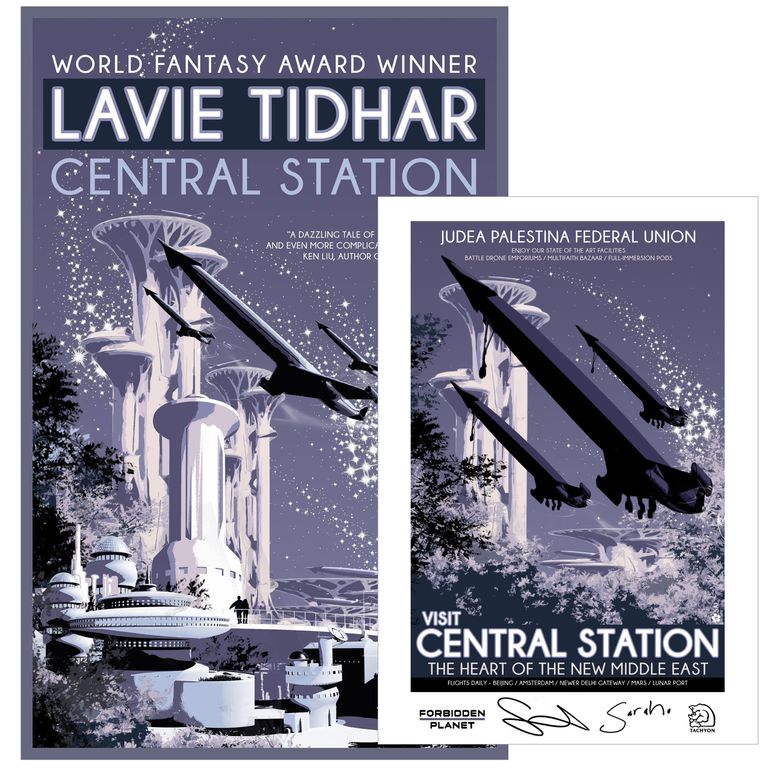 You’ve won multiple literary awards – and been compared to authors like Philip K Dick, Kurt Vonnegut and China Mieville. Do these things change how you feel about your work?

Not really. I only ever write what I want to write. I keep trying to challenge myself. It's why I sort of say above this might be the last novel of that particular "type" - the new books I've been working on are, well obviously they're keeping a lot of the elements I'm interested in, but they're moving away from this particular kind of story, as successful as it may have been for me. I wrote this great book about clowns! But it turns out NOBODY likes clowns... So I'm waiting to see what I can do with. 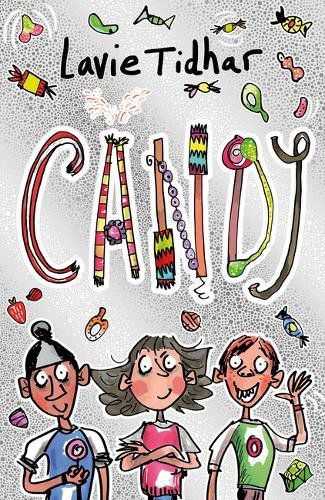 We understand you had a children’s novel out earlier in the year. How does writing for children differ from writing for adults?

It doesn't! I feel like Candy - the children's book - shares exact DNA with A Man Lies Dreaming (the Hitler book), even though, of course, I really, really don't want kids to pick up the other one! I just wrote it like any other book, to amuse myself first and foremost. I was very lucky in the sense that it was another weird book but it got picked up quite widely, and that was very nice (and unexpected, to a degree!). 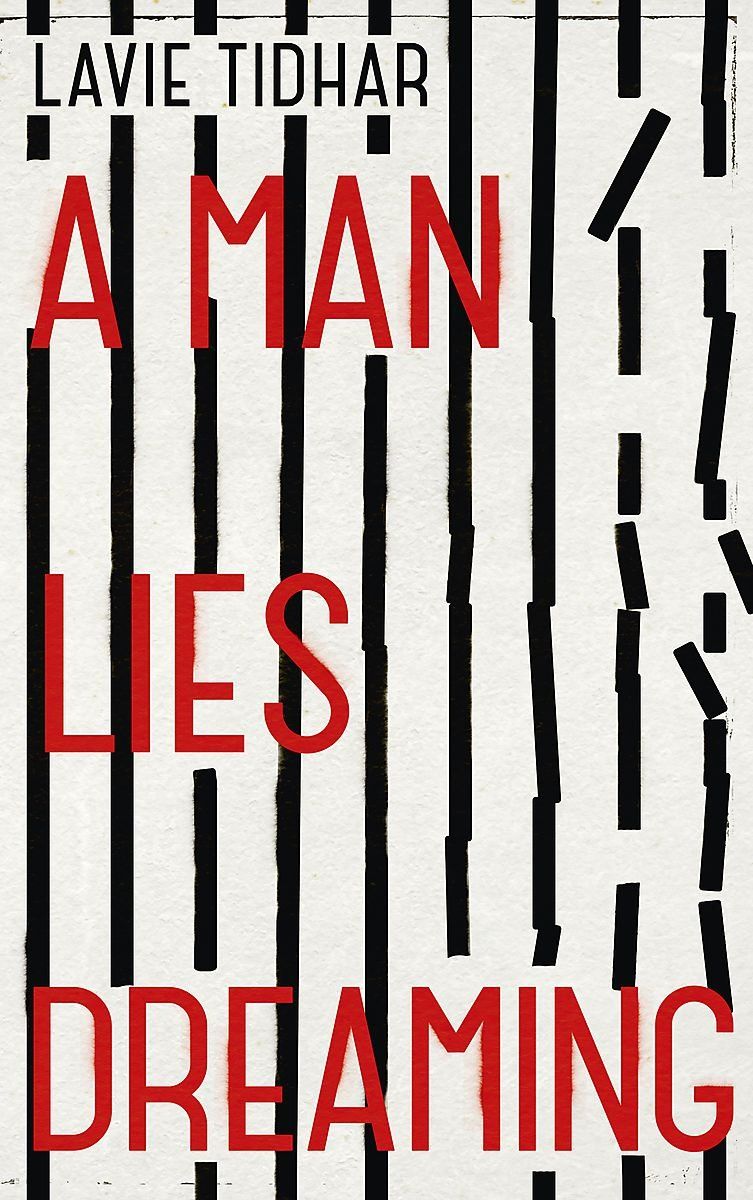 What’s your favourite of the books you’ve written?

I have to say A Man Lies Dreaming. I just loved writing Adolf Hitler. It's disturbing, I know! I can't seem to let go of it, either, I keep going back and writing new short stories with my Hitler-as-a-beat-down-private-eye character, ever time undergoing fresh humiliations. I just think it's a great book - though it's weird reading it post-Brexit and post-Trump, which must be a very different experience to when it was first published!

Can you tell us what you’re working on next?

The next book that's going to be published in The Circumference of the World, which is sort of about God and science fiction. It's sort of like, what if this 60s writer came up with a ridiculous theory about the nature of the universe - but it might just be that he was right about everything? It's sort of a bibliomystery and it plays with a lot of different literary styles and voices. I suspect I may have been a little too ambitious with it! We're still editing it...

But like I said, moving on, I am working on something very different, my first epic (in the sense of, it's LONG!) novel, a sort of historical fantasy novel. But this being me it still has a lot of very ridiculous stuff in it, and it also addresses some pertinent political issues and so on. But there are swords! And I think there's even a dragon at some point! A DRAGON! And it's surprisingly fun to do, I'm having a blast with it.

Thank you for talking to Forbidden Planet!