Everything you ever wanted from role-playing, now in comic format.

Critical Role Vox Machina is back - and now in comic format. And we have our very own, exclusive variant cover edition, featuring artwork by Kit Buss.

Join familiar faces from Critical Role’s smash-hit first campaign as their escapades in Stilben lead them toward new adventure, and a dire threat to Grog when he goes missing in the night. 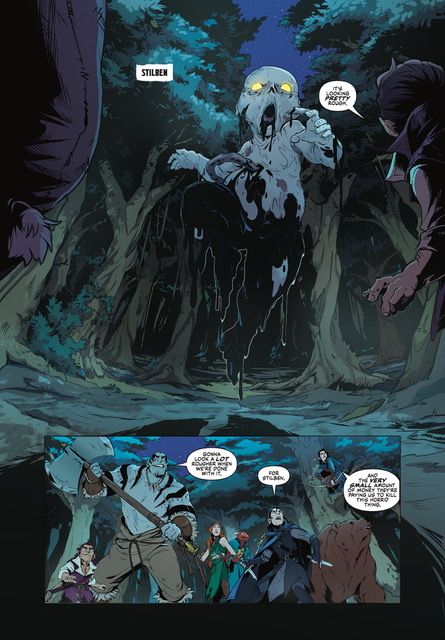 Tracking him down will see the party lose one member, gain another, and reveal parts of Grog’s secret past. But first, his friends have to actually find him. 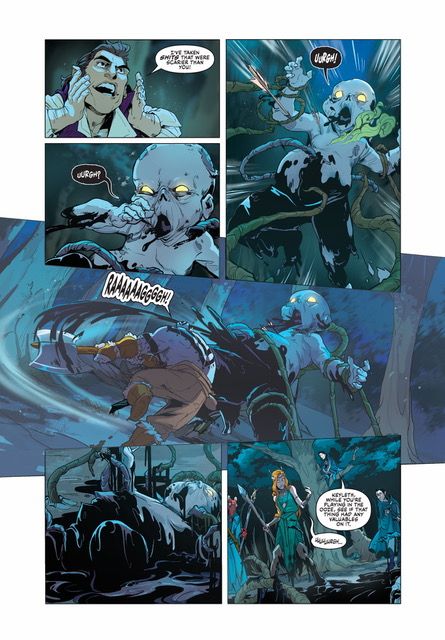 "Critical Role has an amazing community and we feel so blessed to see our story reflected back at us week after week through breath-taking works of art from our fans. Kit really is where that cherished galaxy of art started. The show’s humble beginnings just would not have been the same with out her gorgeous designs. I can’t think of a better way to kick off our next comic series at Forbidden Planet than with variant cover art by our friend across the pond!”

Kit Buss was official portrait artist of Critical Role's first campaign. She appeared as a special guest star playing Lillith Anioska Daturai, a tiefling wizard. She is also the first non-actor to be a guest player on the show.

And you can join Kit, signing Critical Role and her own comic CLOVEN: BLOODLINES, at our London Megastore on 13th July!