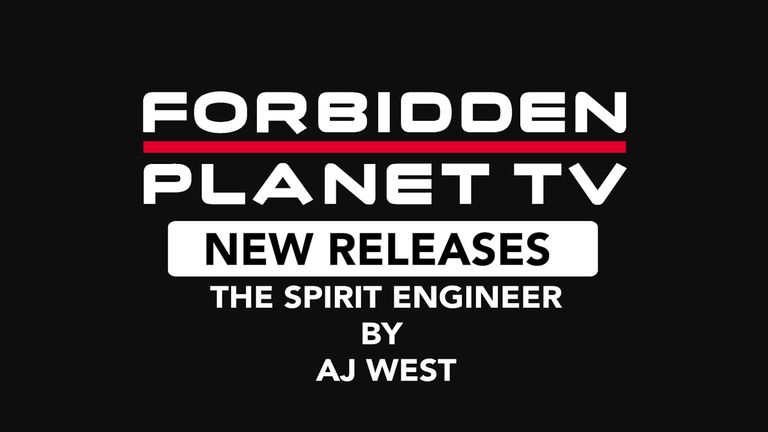 TV journalist AJ West joins us at Forbidden Planet TV and opens the door to the afterlife with his amazing debut novel The Spirit Engineer - which Derren Brown describes as "a fiendishly clever tale of ambition, deception, and power!"

Belfast, 1914. Two years after the sinking of the Titanic, high society has become obsessed with spiritualism, attending seances in the hope they might reach their departed loved ones.

William Jackson Crawford is a man of science and a sceptic, but one night with everyone sitting around the circle, voices come to him - seemingly from beyond the veil - placing doubt in his heart and a seed of obsession in his mind. Could the spirits truly be communicating with him or is this one of Kathleen's parlour tricks gone too far?

Based on the true story of Professor William Jackson Crawford and famed medium Kathleen Goligher, and with a cast of characters including Sir Arthur Conan Doyle and Harry Houdini, The Spirit Engineer conjures a haunted, twisted tale of power, paranoia and one ultimate, inescapable truth...

Order Forbidden Planet's hardcover edition of The Spirit Engineer below.