Simon Spurrier and Charlie Adlard get ready to DAMN THEM ALL! 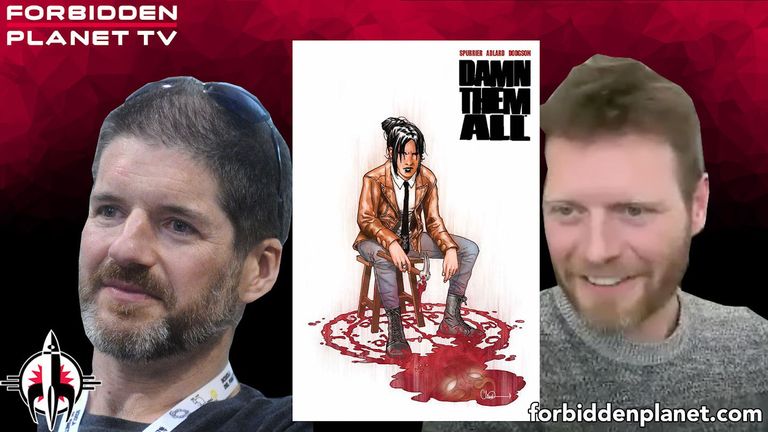 Two of the UK's great comics talents - Charlie Adlard and Simon Spurrier - join us at Forbidden Planet TV to talk all about their new BOOM! Studios series, Damn Them All!

In addition to telling us how this epic book came to be, Simon & Charlie announce Forbidden Planet's exclusive variant edition of issue #1 and their upcoming Damn Them All signing at Forbidden Planet London, 179 Shaftesbury Avenue at 1pm on Saturday 29th October!

In this new dark supernatural thriller for fans of We Have Demons and Something is Killing the Children, meet Ellie ‘Bloody El’ Hawthorne: occultist-for-hire.

Following the death of Ellie’s uncle, an infamous magician and occult detective, the 72 devils of the Ars Goetia are mysteriously freed from their infernal realm. It’s now up to Ellie to track down each of these exiled demons and damn them right back to Hell by any means necessary holy water, conjuration, or just her trusty, rusty claw hammer.

You can buy Forbidden Planet's exclusive variant edition of DAMN THEM ALL #1 below.