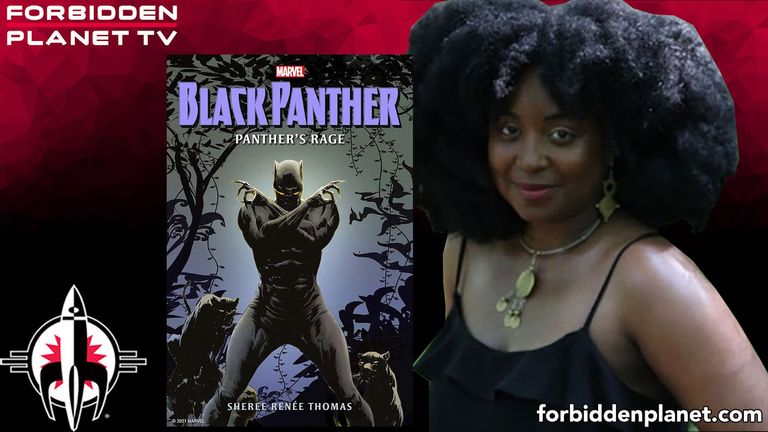 Follow Wakanda’s high-tech king across the savannah, into the deepest jungles and up snow-topped mountains in this prose adaptation of the landmark comics series by Don McGregor, Rich Buckler and Billy Graham.

This arc expands on the life and culture of the Wakandans, also introducing us to Panther’s historic enemies. See T’Challa channel the strength of his ancient bloodline to take out foes including the breakout character Killmonger!

A group of cabinet ministers query a supercomputer containing the minds of the country’s ancestors. A child robot on a dying planet uncovers signs of fragile new life. A descendent of a rain goddess inherits her grandmother’s ability to change her appearance–and perhaps the world.

Created in the legacy of the seminal, award-winning anthology series Dark Matter, Africa Risen celebrates the vibrancy, diversity, and reach of African and Afro-Diasporic SFF and reaffirms that Africa is not rising – it’s already here.

T’Challa faces the gods of his parents. Vampires stalk Shuri and a Dora Milaje in voodoo-laced New Orleans. Erik Killmonger grapples with racism, Russian spies, and his own origins. Eighteen brand-new tales of Wakanda, its people, and its legacy.

The first mainstream superhero of African descent, the Black Panther has attracted readers of all races and colors who see in the King of Wakanda reflections of themselves. Storytellers from across the African Diaspora—some already literary legends, others who are rising stars—have created for this collection original works inspired by the world of the Panther and its inhabitants.

With guest stars including Storm, Monica Rambeau, Namor, and Jericho Drumm, these are stories of yesterday and today, of science and magic, of faith and love.

These are the tales of a king and his country. These are the legends whispered in the jungle, myths of the unconquered men and women and the land they love.

These are the Tales of Wakanda.