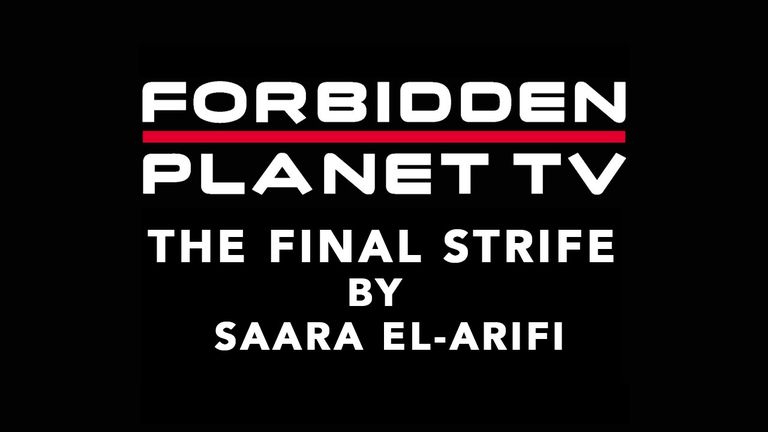 Sunday Times best-selling debut author Saara El-Arifi joins FP's mighty head book buyer, Laura Dodd, on today's Forbidden Planet TV to take Dodd for a deep-dive into THE FINAL STRIFE, the wonderful (and already wildly-successful) first instalment of Saara's visionary fantasy trilogy with its roots in the mythology of Africa and Arabia, where three women band together against a cruel empire that divides people by blood.

The Aktibar – a set of trials held every ten years to find the next Ember rulers of the Empire – is about to begin.

All can join but not just anyone can win; it requires great skill and ingenuity to become the future wardens of Strength, Knowledge, Truth and Duty.

Sylah was destined to win the trials and be crowned Warden of Strength. Stolen by blue-blooded rebels she was raised with a Duster’s heart; forged as a weapon to bring down from within the red-blooded Embers’ regime of cruelty. But when her adopted family were brutally murdered those dreams of a better future turned to dust.

However, the flame of hope may yet be rekindled because Sylah wasn’t made to sparkle, she was born to burn.

And it’s up to her whether she rules the empire or destroys it.

You can buy Forbidden Planet's exclusive signed hardcover edition of The Final Strife below.