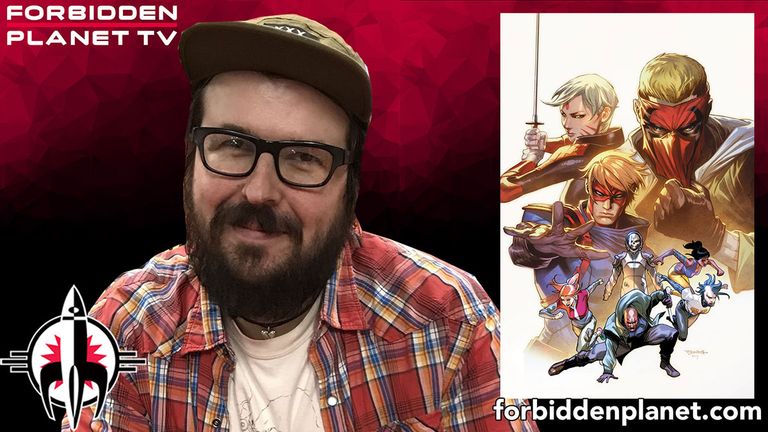 Matthew Rosenberg returns to Forbidden Planet TV to wax rhapsodic with us about a book that he's always loved - Jim Lee's iconic WildC.A.T.s.

And now Matthew's getting to double down on the legendary scripting work laid down by James Robinson, Alan Moore & Ed Brubaker and relaunch the team with phenomenal artist Stephen Segovia as an all-out, dialled-up-to-eleven ongoing DC Universe series starring one of his all-time favourite characters: Cole Cash aka the wildly dangerous and unpredictable GRIFTER! If you're an old-school Wildstorm fan or simply a fan of great superhero team comics, you have to check this book out!

Spinning off from the pages of Batman comes a senses-shattering new series!

The HALO Corporation has gathered a motley crew of operatives, led by Cole Grifter Cash, who are going to make the world a better place… no matter who they have to kill!

Working in the shadows of the DC Universe, this new covert team has been tasked with gathering an elite group of scientists for the first phase of their plan… but the Cats’ mysterious leader, Void, might have other plans!

You can order issue #1 below.

You can order a range of variant cover editions of Matthew & Stephen's WildC.A.T.s right HERE