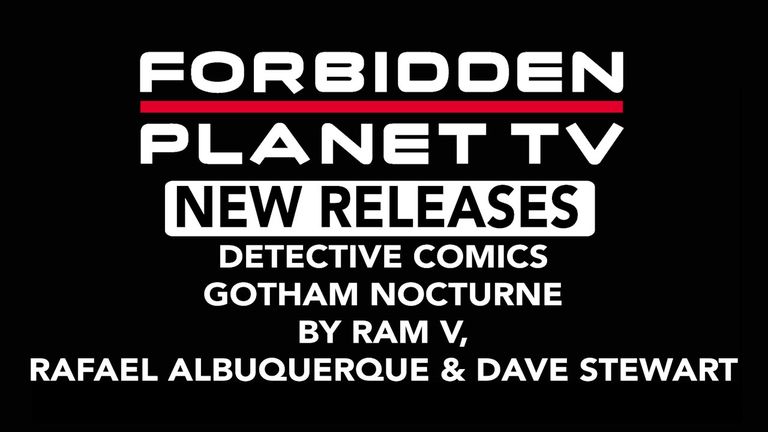 Ram V returns to Forbidden Planet to chat with Andrew Sumner about his new ongoing assignment as the writer of DC Comics' long-running flagship title: Detective Comics, starting with issue #1062! Ram & Rafael Albuquerque's four part gothic opera: Gotham Nocturne begins in this issue - Ram & Rafael are the latest in a long line of award-winning creative teams who have creatively steered Bruce Wayne in the pages of Detective Comics, including Gerry Conway & Don Newton, Doug Moench & Gene Colan and one of our all-time favourite Bat-teams: Alan Grant & Norm Breyfogle. Gotham Nocturne is a worthy successor to all of those incarnations and Detective Comics #1062 has already sold out and gone to a second printing!

GOTHAM NOCTURNE PART 1 OF 4: OVERTURE. It’s a new era for the detective of the night as we introduce award-winning new series writer Ram V (Catwoman, The Many Deaths of Laila Starr), and artist extraordinaire Rafael Albuquerque (American Vampire, Superman/Batman)!

Together, they’ll be turning Gotham into a tragic yet beautiful gothic opera for our eyes and ears to feast on. Something is terribly wrong with Batman.

No matter the tests Bruce takes, nor the numbers he counts, the greatest detective in the world can’t pin down the source of this creeping dread… of his own inner demons and a looming mortality.Meanwhile, real demons roam the shadows as an ancient melody haunts the Gotham night.

Here now the curtains rise and as the eerie tune streams in: who is human, who is demon, who is to tell? As Batman investigates the songs and the demons of Gotham, he is forced to confront the oldest question: whether there has been a demon within him all along… and if so, what does it want?… and why hasn’t it taken over yet?

You can order that amazing second printing cover by Julian Totino Tedesco below.