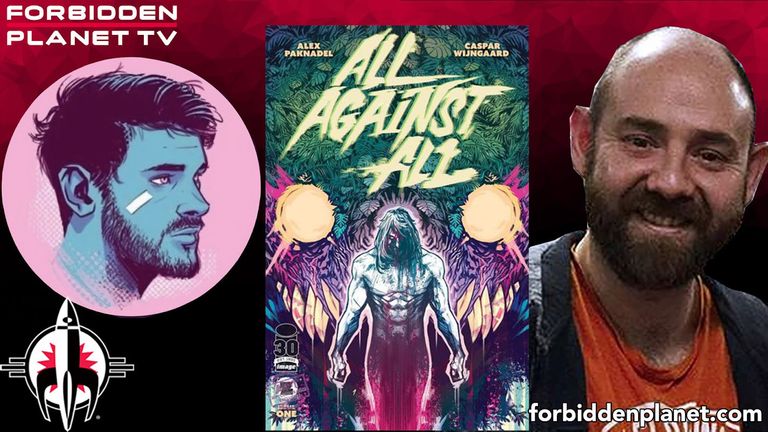 We can't stop raving about Alex Paknadel & Caspar Wijngaard's all-new big-swing comics epic from Image: All Against All!

And here are Alex & Caspar on today's Forbidden Planet TV to tell us just how they came to develop this amazing concept, which really is like no other comic you'l read this year: ambitious comics futurism at its finest.

In All Against All, it is the distant future. Earth is long gone, but a race of alien conquerors knows as ‘the Operators’ have preserved its most savage animals in an artificial jungle environment they barely understand. With no bodies of their own, the Operators move from world to world, harvesting bodies for the organic exosuits they use to wage their endless wars.

Ignored and underestimated by his captors is the habitat’s sole human specimen, Helpless. However, when their efforts to find and harvest an apex predator intensify, he gives them far more than they bargained for.

You can buy Forbidden Planet's exclusive edition of All Against All issue #1 below.