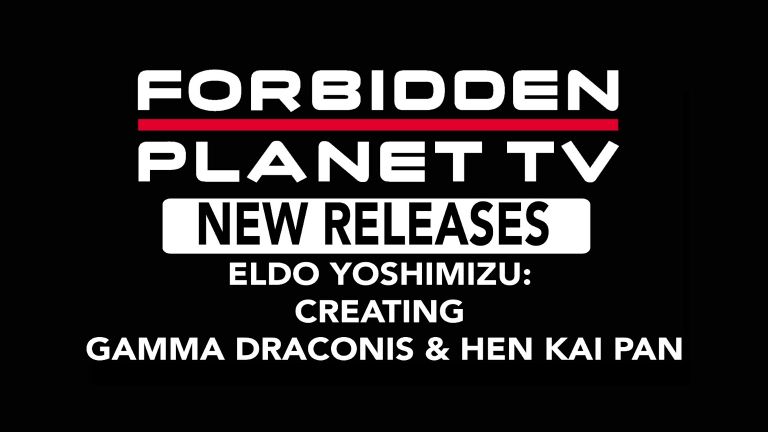 In this second instalment, music-loving Eldo continues his deep dive into his unique career and discusses his critically-acclaimed manga Gamma Draconis and Hen Kai Pan, both published by those good, good people at Titan Comics.

RYUKO - A must for manga fans!

Ryuko is a hard-hitting, motorcycle-riding, high ranking member of the Japanese mafia stationed in the Middle-East. After a fierce battle with the government, she becomes embroiled with a mysterious terrorist organisation. But things become personal for Ryuko when her mother is kidnapped…

Ryuko captures all the tropes and typical elements of a Japanese crime thriller and turns it all on its head!

GAMMA DRACONIS - Eldo Yoshimizu, the creator of the epic Yakuza Manga, Ryuko, teams up with Benoist Simmat to create another dazzling crime tale.

Aiko Moriyama studied religious art at the Sorbonne, but her research in occultism quickly led her down a dangerous path. When several experts around her come under attack from a mysterious entity rising from the depths of the web, she finds herself embroiled in a police investigation involving the sinister leader of an international organization.

From London to Tokyo, between transhumanism and black magic, Aiko is determined to solve the enigma of Gamma Draconis and to discover how exactly her family is involved…

HEN KAI PAN - Dismayed by the havoc wreaked on the Earth by humankind, its five guardian spirits decide to act. But as they argue amongst themselves on what the judgement should be, one enraged spirit, Nila, becomes determined to take matters into her own hands, forcing the remaining four to unite in a desperate final battle to prevent her from wiping not just humans, but all life from the face of the planet.This is a highly personal and timely book that features some of Eldo’s most beautiful artwork to date.

With its central themes of ecology, philosophy and spirituality, Hen Kai Pan is a kinetic, emotionally charged work that delivers a powerful message that will resonate not just with manga fans, but all readers.

You can buy Forbidden Planet exclusive signed editions of Eldo's books below.