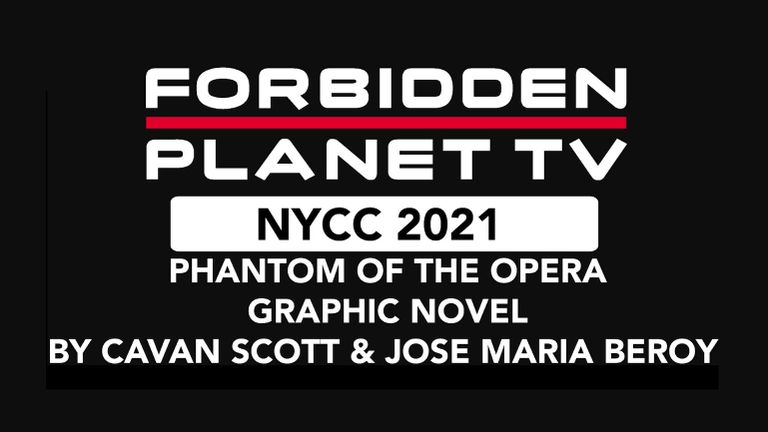 Bringing Really Useful Group's Phantom of the Opera into the world of comics has been a real labour of love for Cavan & David, as you will hear in this journey into the opera house!

From the original libretto of Andrew Lloyd Webber’s world-famous, multi-award-winning musical (that has been playing continuously around the world for over 33 years) comes this fully-authorised graphic novel adaptation! In 1881 the cast and crew of a new production, Hannibal, are terrorised by the Phantom of the Opera, a mysterious, hideously disfigured man who lives beneath the Paris Opera House. Hopelessly in love and obsessed with one of the chorus singers, the Phantom will stop at nothing to make her the star of the show, even if that means murder. The Phantom of the Opera is currently playing in London’s West End - read the graphic novel and see the show!

As only Neal can, Termination Shock sounds a clarion alarm, ponders potential solutions and dire risks - and wraps it all together in an exhilarating, witty, mind-expanding speculative adventure.

You can buy Forbidden Planet's exclusive mini-print edition of the Phantom of the Opera hardcover below.

You can buy more great books by Cavan right HERE