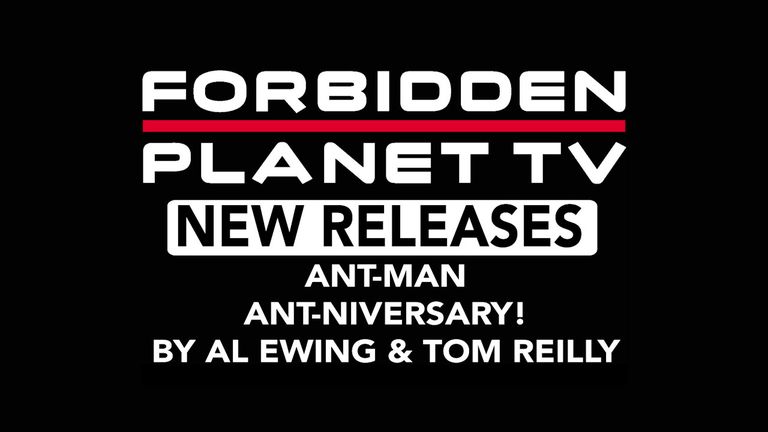 One of our favourite creators, Al Ewing, returns to Forbidden Planet TV to chat with us about the Marvel Comics character Ant-Man - AKA Dr Hank Pym/the irredeemable Eric O'Grady/the fast-talking Scott Lang. Al has parlayed his love for a character who first appeared in Tales to Astonish in September 1962 (and starred in some of the wildest tales ever created by Jack Kirby, Larry Lieber and Stan Lee) into a glorious 60th anniversary celebration of four incarnations of Ant-Man (past, past, present & future), beautifully illustrated by Eagle Scout-turned- artistic powerhouse Tom Reilly!

ANT-MAN: ANT-NIVERSARY - Celebrate the astonishing legacy of the Ant-Man – with every hero who ever donned the helmet!

Reacquaint yourself with Hank Pym, the original Ant-Man, during his early days as a costumed hero! Join the irredeemable Eric O’Grady on an untold adventure set during the events of SECRET INVASION!

And, in the present day, reconnect with Scott Lang as he tries to stop the villainous Black Ant from freeing the killer android Ultron from captivity!

But in the far future, who is the brand-new hero calling himself Ant-Man?

And what can he do against Ultron – who has become a god?!

You can order the second printing variant cover of Ant-Man #1 & the collected Ant-Man Ant-Niversary from Forbidden Planet below.