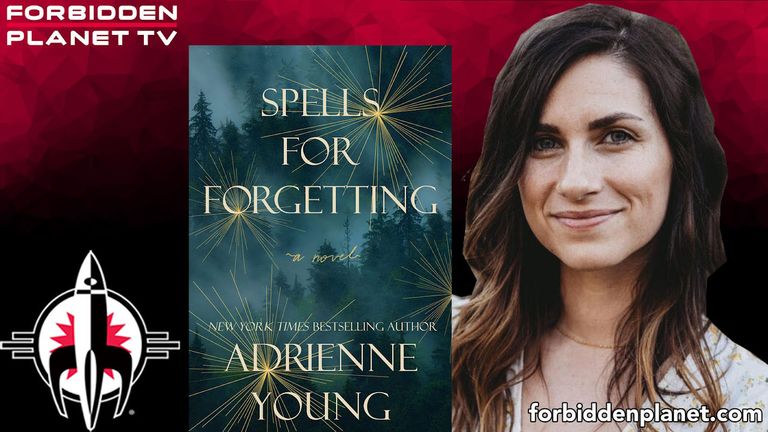 New York Times best-selling author Adrienne Young joins us at our Forbidden Planet TV green room in Central London to take us behind the scenes of her latest beautiful tale of ancestral magic: Spells For Forgetting.

From the New York Times bestselling author comes an evocative, compelling novel of ancestral magic, an unsolved murder, and a second chance at true love.

"There were tales that only the island knew. Ones that had never been told. I knew, because I was one of them."

Emery Blackwood’s life was forever changed on the eve of her high school graduation, when the love of her life, August Salt, was accused of murdering her best friend, Lily. She’d once dreamt of running away with August, eager to escape the misty, remote shores of Saoirse Island and chase new dreams together. Now, she is doing what her teenage self swore she never would: living a quiet existence among this tight-knit community steeped in folklore and tradition, ruled by the seasons and ancient superstitions.

But when August returns after fourteen years to bury his mother’s ashes, Emery must confront her first love and the reason he left so abruptly. But the town wants August gone again. And as the island begins to show signs of strange happenings, the emergence of deep betrayals and hidden promises threatens to reveal the truth behind Lily’s death once and for all.

You can order a very special edition of Spells For Forgetting, signed by Adrienne, from Forbidden Planet below.

You can buy more great books by Adrienne right HERE