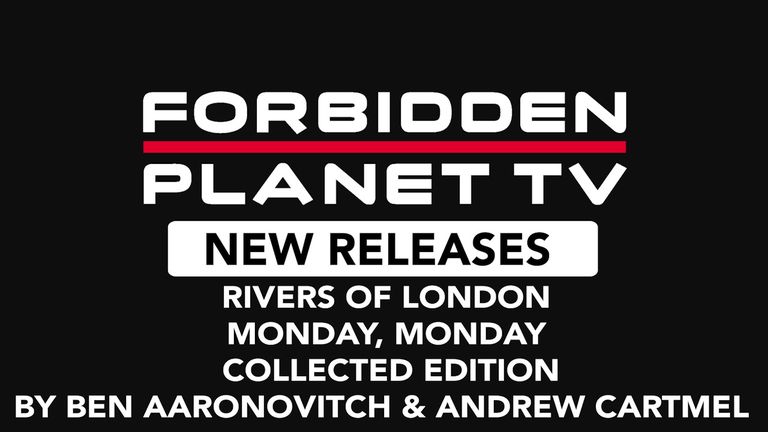 As usual, Cartmel & Aaronovitch's freewheeling chatbomb covers many topics - including the odd spoiler or two (some of which *may* have been redacted) and a sincere appreciation of their Rivers of London artist José Maria Beroy!

Full-time cop and part time wizard Peter Grant works as part of a very special London police unit investigating unusual crimes involving magic and the general weirdness that permeates London’s dark underbelly. Monday, Monday is the all-new case of a Swedish werewolf in London - what starts as a routine undercover operation, breaking up an organised teenage pickpocket gang, turns into something far more dangerous when the Metropolitan police are confronted by a Swedish werewolf who’ll stop at nothing to avoid capture. It’s up to Peter and his cohort of chums to hunt the deadly lycanthrope and bring him to justice!

Buy the collected edition of Rivers of London Volume Nine: Monday, Monday from Forbidden Planet below.