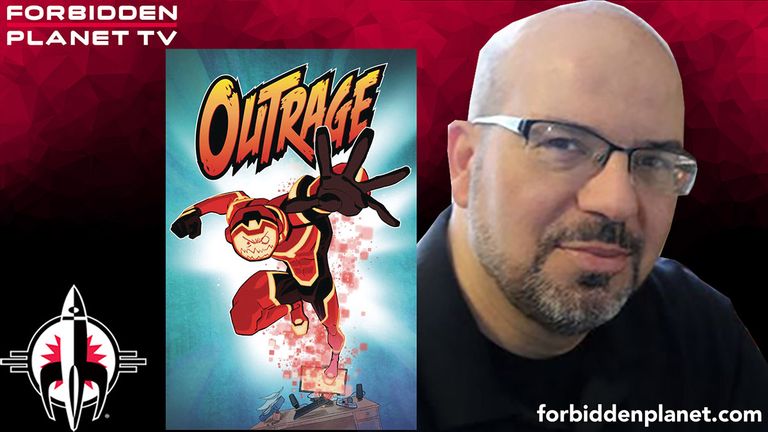 How many times have you wanted to reach through the Internet and strangle someone? Or, at the least, give em a swift kick in the nuts? Yeah, everyone feels the same way. But what if you could?

Anonymously. Quickly. Violently. Would you? In a future only five minutes away Outrage is the story of a mysterious individual who can navigate the Internet and physically manifest at the source of the vile bile that spews throughout social media.

Along with an array of weaponry limited only by his imagination, Outrage can exact swift, merciless justice on anyone who triggers, humiliates, mortifies, stalks, hawks, balks or otherwise abuses someone on the Internet. And also, anyone who doesn’t know the difference between their, there and they’re.

But more importantly, Outrage is the story of trying to fight the anger inside the human soul. Who is Outrage? A virus is attacking people who abuse others on the internet. Comedic ass-kickings are occurring across the country by a sentient electronic entity that appears through the personal devices of bullies and babies alike.

Who or what is OUTRAGE?

You can buy the hardcover and paperback editions of OUTRAGE below.