Ben Aaronovitch signing Rivers Of London: Volume 10: Deadly Ever After

We are happy to announce that Ben Aaronovitch will be signing copies of Rivers Of London: Volume 10: Deadly Ever After at Forbidden Planet London on Saturday 28th January 2023 from 1:00pm - 2:00pm 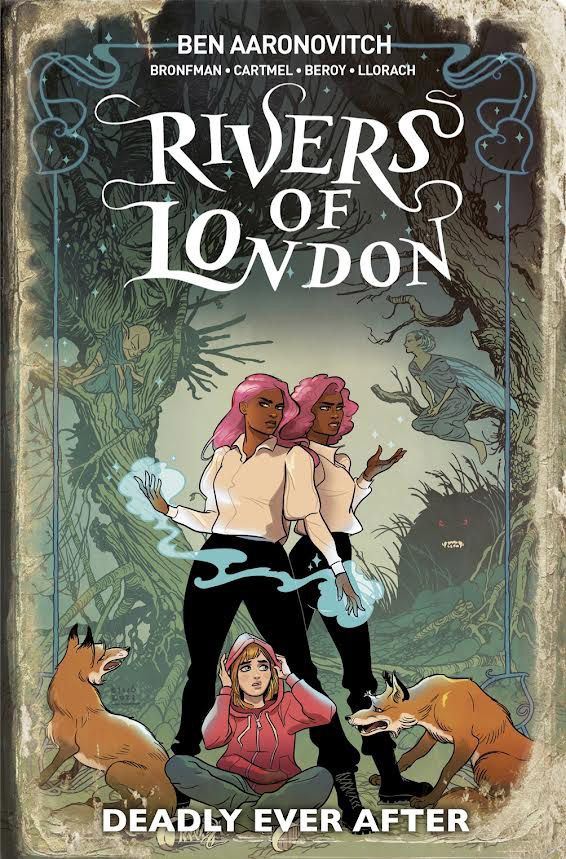 Illustrations from a mysterious book of fairy tales drawn in the late 1800s are coming to life in the 21st Century and causing havoc. The illustrations were originally painted by a Victorian artist called Jeter Day who disappeared one night in an enchanted forest when he was spirited away by tree nymphs never to be seen again...

Now, with the enchantment accidentally broken by Olympia and Chelsea, daughters of the river goddess Mama Thames, Jeter, twisted by his time spent with the nymphs, has returned to our world bitter and resentful. It is a world he neither recognises nor likes. All he wants is his life returned to him and woe betide any man who stands in his way.

With Peter and Nightingale busy on another case, it falls to sisters Olympia and Chelsea with the help of the Foxes to stop Jeter and save the day.