We are thrilled to announce that comics legend Bryan Talbot will be signing copies of The Legend Of Luther Arkwright at Forbidden Planet Newcastle on Saturday 23rd July 2022 from 2:00pm - 3:00pm 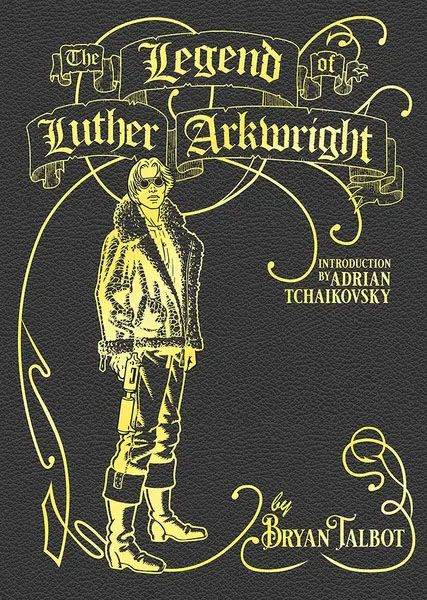 The Adventures of Luther Arkwright, first serialised in 1978, is considered by many to be the first British graphic novel. Praised by many writers and artists, including Alan Moore, Neil Gaiman, Jean Giroud (Moebius) and Michael Moorcock, the ground-breaking, experimental adult SF story was a seminal work, inspiring and influencing many comic creators.

Its sequel, Heart Of Empire, was published in 2001. Both books have been continually in print since they were first published.

Set fifty years later, The Legend of Luther Arkwright is another stand-alone story. While still maintaining total continuity with the Arkwright mythos, it is a different kind of adult adventure.

Pursued across multiple historically divergent parallel worlds, both utopian and dystopian, and facing a far superior adversary, Arkwright battles to save humanity from mass destruction; his only edge is his experience and force of will.