Join Joe Abercrombie in an exclusive event, talking about his new title, The Trouble With Peace: The Age Of Madness: Book 2.

Admission to this great event comes FREE with every signed copy of The Trouble With Peace - order your copy below!* 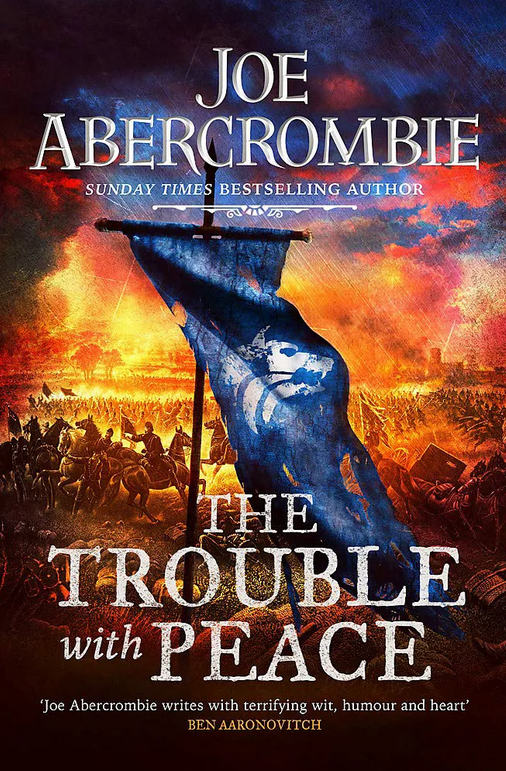 Peace is just another kind of battlefield . . .

Savine dan Glokta, once Adua's most powerful investor, finds her judgement, fortune and reputation in tatters. But she still has all her ambitions, and no scruple will be permitted to stand in her way.

For heroes like Leo dan Brock and Stour Nightfall, only happy with swords drawn, peace is an ordeal to end as soon as possible. But grievances must be nursed, power seized and allies gathered first, while Rikke must master the power of the Long Eye . . . before it kills her.

Joe Abercrombie is the author of the First Law Trilogy (The Blade Itself, Before They Are Hanged and Last Argument of Kings). His standalone novels (Best Served Cold, The Heroes and Red Country) are also set in the First Law world. His novels have been shortlisted for the World Fantasy Awards, British Fantasy Awards, John W. Campbell Award and the David Gemmell Legend Awards.

* A code to access the talk will be mailed on Monday 21st September to all Forbidden Planet customers who have purchased a signed copy of The Trouble With Peace.