There was never a painting that showed the true Britain, that clogged sewer Rome abandoned just as soon as it could. A Britain where petty warlords murdered each other in the mud, while all the while the Angles and Saxons and – worst of all – the Jutes, were coming over here and taking our lands and taking our jobs and taking our women.

You want to know the truth? Are you sure you can handle the truth?

Arthur? An over-promoted gangster, in thrall to that eldritch parasite, Merlin.

Excalibur? A shady deal with a watery arms dealer.

The Grail Quest? Have you no idea about the aliens and the radioactive blight?

Well, you'd better read this then. 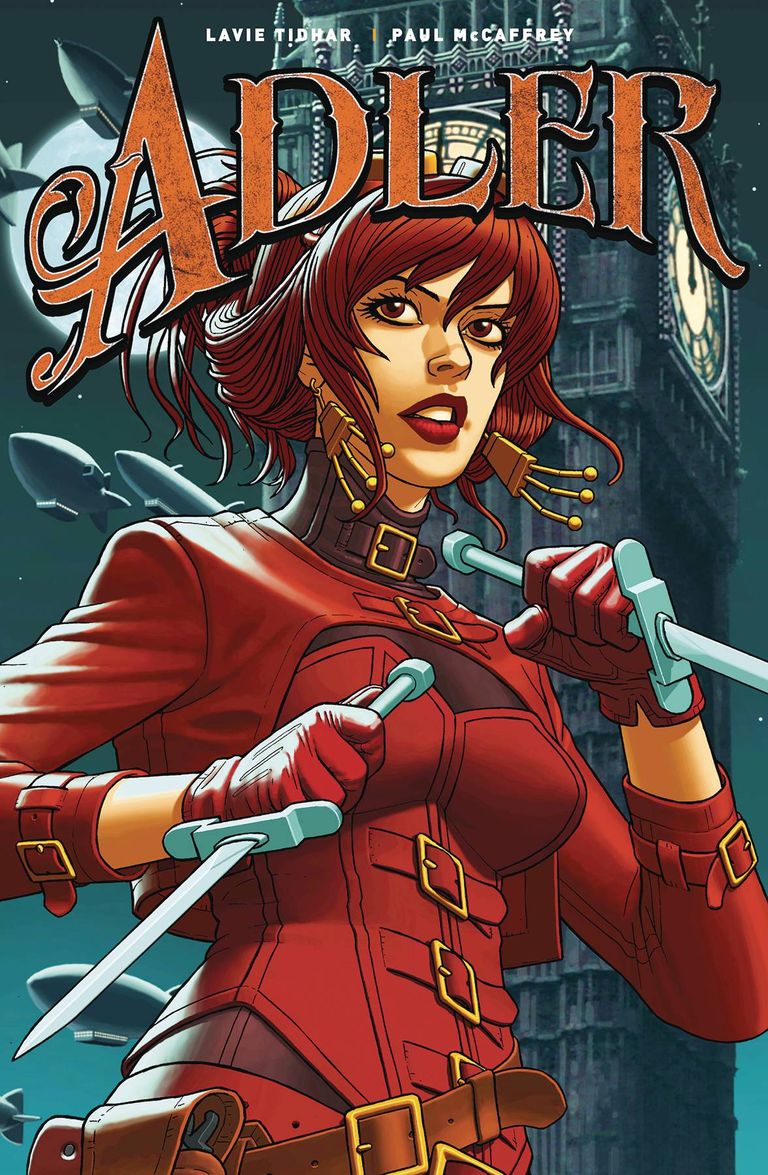 For Sherlock, there was only ever one woman, now Irene Adler is on a mission to take down Moriarty!

It’s the League of Extraordinary Gentlewomen, as Adler teams up with a host of famous female faces from science, history and literature to defeat the greatest criminal mastermind of all time!

Lavie Tidhar is the World Fantasy Award-winning author of Osama, The Violent Century, the Jerwood Fiction Uncovered Prize-winning A Man Lies Dreaming, and the Campbell Award-winning Central Station, in addition to many other works and several other awards. He works across genres, combining detective and thriller modes with poetry, science fiction and historical and autobiographical material. His work has been compared to that of Philip K. Dick by the Guardian and the Financial Times, and to Kurt Vonnegut’s by Locus.