COLIN BAKER, VINAY PATEL, BEV SANFORD and JOY WILKINSON will be signing the DOCTOR WHO: THE TARGET STORYBOOK at the Forbidden Planet London Megastore on Friday 22nd November from 6 – 7pm! 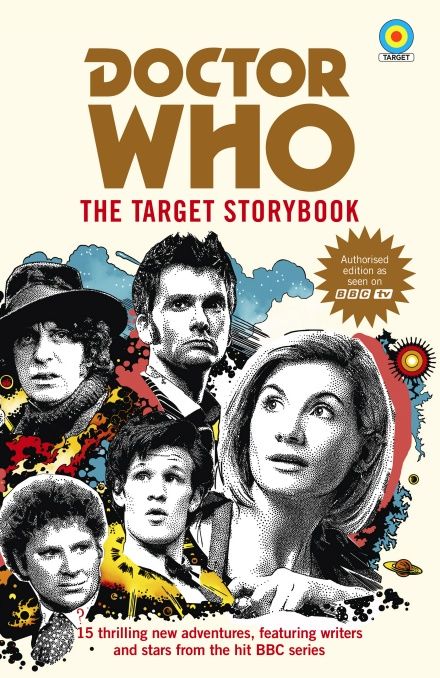 We’re all stories in the end…

A collection of all-new stories spinning off from some of your favourite Doctor Who adventures across the history of the series. Learn what happened next, what went on before, and what occurred off-screen in an inventive selection of sequels, side-trips, foreshadowings and first-hand accounts – and also look forward in time, with a brand new adventure for the Thirteenth Doctor.

COLIN BAKER is an English actor who became known for playing Paul Merroney in the BBC drama series The Brothers from 1974 to 1976. He went on to play the sixth incarnation of the Doctor in the TV series Doctor Who. He reprised the role for the 1993 Children in Need special, Dimensions in Time, and the 1989 stage show Doctor Who – The Ultimate Adventure. He has also voiced the Doctor for over 140 Doctor Who audio stories for Big Finish Productions.

VINAY PATEL is a playwright and screenwriter. His television debut was the BAFTA-winning Murdered By My Father and for Doctor Who he has written Demons of the Punjab. His latest play, An Adventure, ran at the Bush Theatre in 2018. Elsewhere, he contributed to the bestselling collection of essays, The Good Immigrant.

JOY WILKINSON is an award-winning writer working across film, television, theatre and radio. She was a Screen International 'Star of Tomorrow', a two-time Brit List nominee and has had her work widely produced in the UK and internationally. For television, Joy has written the Doctor Who episode The Witchfinders, and her other credits include BBC One’s critically-acclaimed drama Nick Nickleby.

PLEASE NOTE: The guests will only sign copies of The Target Storybook and no other items.  We regret that there will be no time for photos / selfies - the event must finish at 7:00pm so please arrive early to avoid disappointment.