TOM TAYLOR and BEN OLIVER will be signing DCEASED Vol. 1 at the Forbidden Planet London Megastore on Thursday 14th November from 6 - 7pm! 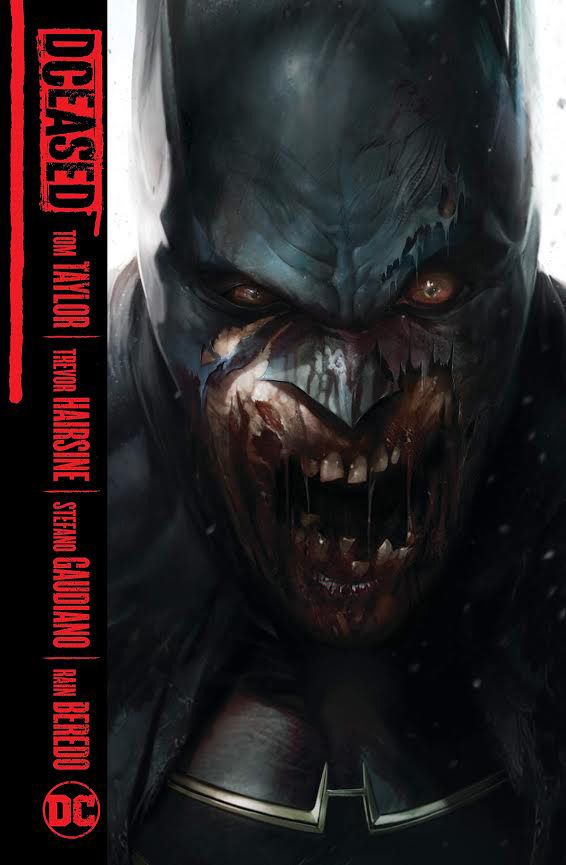 BREAKING NEWS 14th November: Due to floods, Trevor Hairsine is unable to attend the event this evening.

What happens to the World’s Finest if the world ends? With death spreading across the planet, who will live and who will turn in this apocalyptic tale of heroism, sacrifice and annihilation?

Fighting time, each other and all of humanity, Earth’s greatest heroes must rally together for what may very well be their last chance to save the world from the most terrible plague humanity has ever seen.

The Anti-Life Equation has been released and is ravaging the world at the viral speed of social media. Once exposed, victims lose their minds, violently attacking all around them. The heroes of Earth are fighting a losing battle to save the world… and themselves!

TOM TAYLOR is a #1 New York Times bestselling comic book author, playwright and screenwriter. He is best known for his work on the DC Comics series Injustice: Gods Among Us and Earth-Two, Marvel's All-New Wolverine, X-Men Red and Superior Iron Man, and his many Star Wars works. He is the co-creator, head writer and Executive Producer of the CG animated series The Deep, based on his graphic novel series of the same name.

Eisner-Award nominated BEN OLIVER broke into comics at 2000AD before joining Com.X. He moved to the American market in 2003, and has since worked for both DC and Marvel on titles as varied as The Authority, The Losers, Ultimate X-Men, Ghost Rider, Batwing and Action Comics. Ben has also worked on Multiversity – The Just with Grant Morrison, and with Andy Diggle at Dynamite on the series Control.