Joe Abercrombie signing A Little Hatred
Saturday 21 September 2019 from 13:00 to 14:00 at our London Megastore

Joe Abercrombie will be signing his new book, A Little Hatred, at our London Megastore at 1:00pm on Saturday 21st September.

A Little Hatred is the much-anticipated first book in The Age of Madness trilogy from the UK’s King of adventure and fantasy. A visceral story of bloody revolution, Joe Abercrombie combines sharp new characters with some familiar faces from his five million copy selling First Law trilogy. 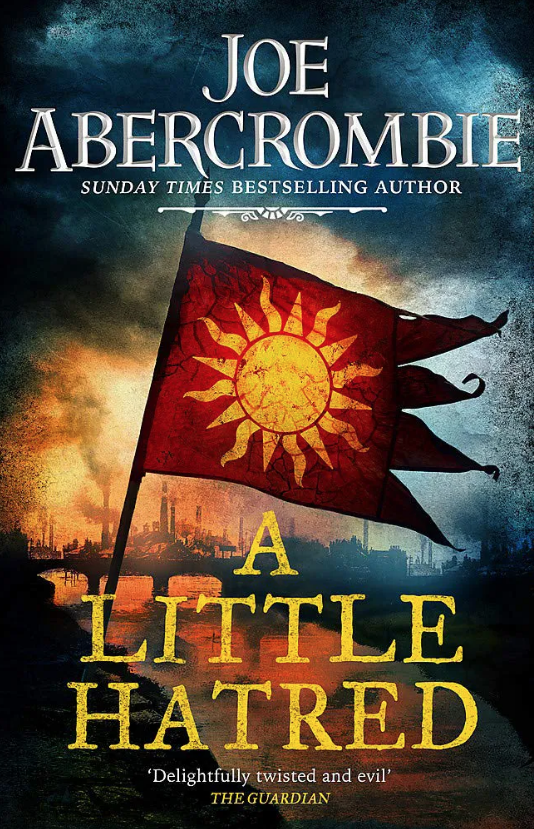 War. Politics. Revolution. The Age of Madness has arrived.

The chimneys of industry have risen and the world seethes with new opportunities.  But who will rise from the ashes and who will fall beneath the gears?

On the blood-soaked borders, the man they refer to as ‘The Young Lion’ struggles to win fame on the battlefield and defeat marauding armies.  He hopes for help from the crown the king’s son is a feckless prince, a man who specialises in disappointments.

Whereas in the heart of the city the world has changed unrecognisably and a socialite, investor, and daughter of the most feared man in the Union, plans to claw her way to the top. By any means necessary.  Yet all the while the slums boil over with rage, a rage that all the money in the world cannot control.

The age of the machine dawns, but the age of magic refuses to die. Amongst it all where will humanity find itself?

Joe Abercrombie is the author of the First Law series and the Shattered Sea series. His novels have been shortlisted for the World Fantasy Awards, British Fantasy Awards, John W. Campbell Award and the David Gemmell Legend Awards.