Chris Beckett signing Beneath the World, A Sea

CHRIS BECKETT will be signing BENEATH THE WORLD, A SEA at Forbidden Planet Cambridge on Saturday 6th April from 1- 2pm! 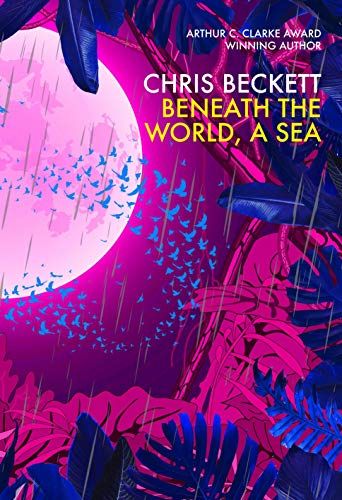 A disturbing descent into a surreal world, written with a deft hand.' Adrian Tchaikovsky, winner of the Arthur C. Clarke Award 2016

South America, 1990. Ben Ronson, a British police officer, arrives in a mysterious forest to investigate a spate of killings of Duendes. These silent, vaguely humanoid creatures - with long limbs and black button eyes - have a strange psychic effect on people, unleashing the subconscious and exposing their innermost thoughts and fears.

Ben becomes fascinated by the Duendes, but the closer he gets, the more he begins to unravel, with terrifying results...

Beneath the World, A Sea is a tour de force of modern fiction - a deeply searching and unsettling novel about the human subconscious, and all that lies beneath.