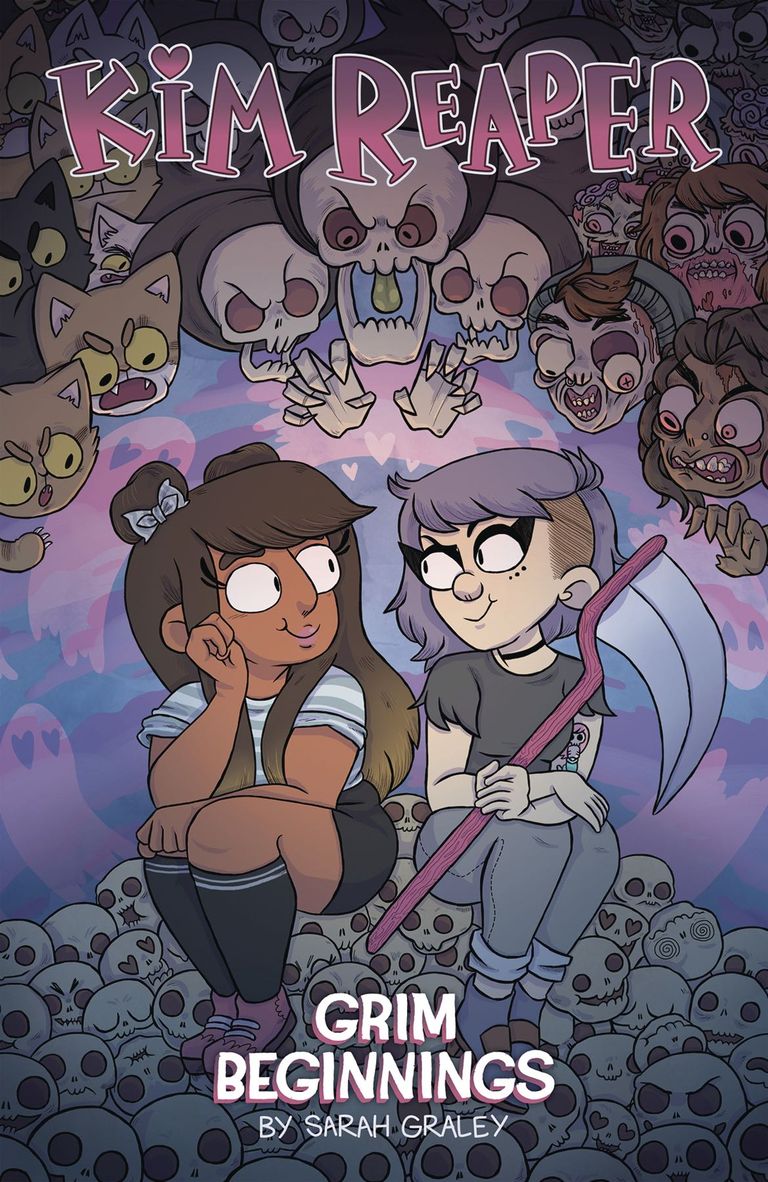 In KIM REAPER, Kim works at a part-time job to make ends meet. Unlike most university students, Kim’s job is pretty dang cool: she’s a grim reaper, tasked with guiding souls into the afterlife.

Sarah Graley is a UK based comic artist and writer, who wrote and drew the Rick and Morty comic mini series Lil’ Poopy Superstar, and creates the comic series Kim Reaper for Oni Press.

She is also known for her popular diary comic series Our Super Adventure, and is currently working on her graphic novel Glitch for Graphix/Scholastic, pencilled for release late 2018.