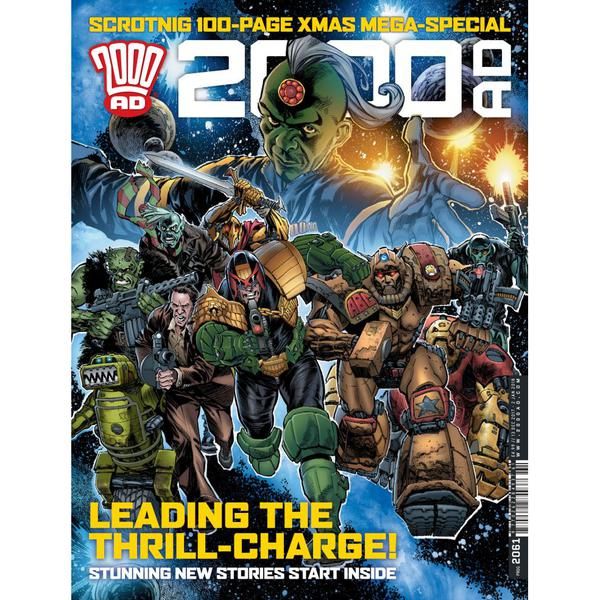 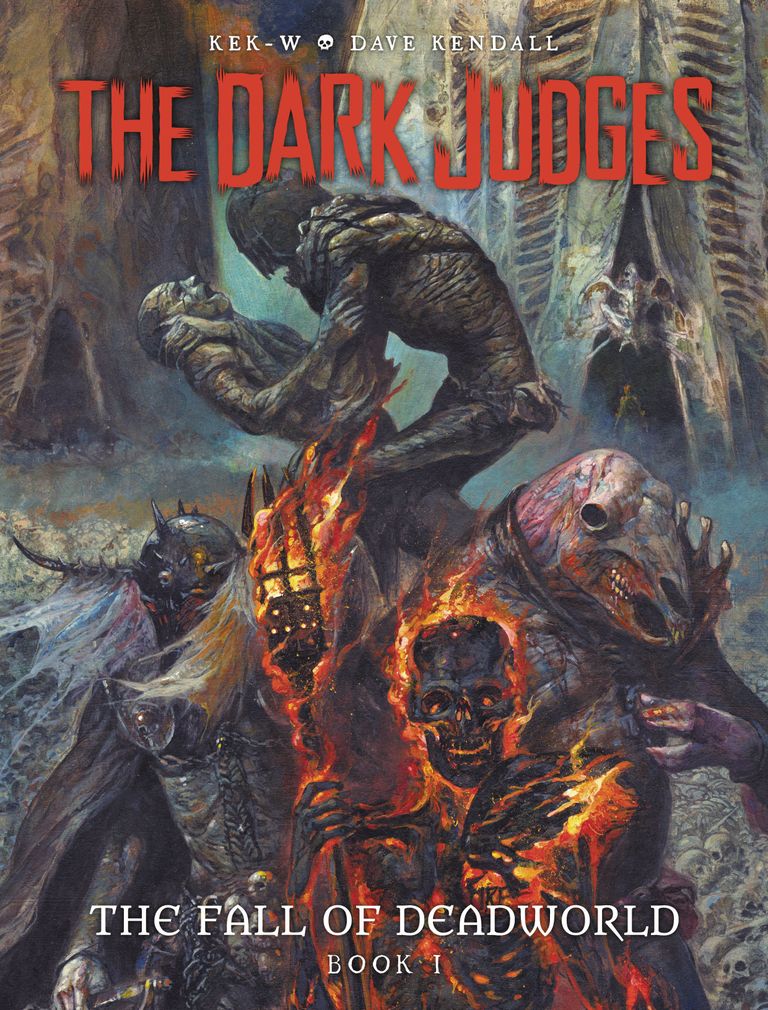 Join a host of stars as we celebrate the 2000AD Xmas prog!

The Galaxy’s Greatest Comic rounds out its fortieth anniversary year with the traditional bumper Xmas special, a 100-page beast of an issue featuring a stunning line-up of creators and characters!

Bad Company are hunted men as they search for the truth behind the Ararat war in ‘Terrorists’ by Peter Milligan and Rufus Dayglo.

The ABC Warriors are at each other’s throats as Mars descends into chaos in ‘Fallout’ by Pat Mills and Clint Langley.

Merlin has awoken and unleashed the Motherless Men in Book 5 of Brass Sun, ‘Engine Summer,’ by Ian Edginton and INJ Culbard.

We flashback to a significant Justice Department character in a one-off The Fall of Deadworld story by Kek-W and Dave Kendall.

Ace Garp celebrates the festive season in his own unique way, by Eddie Robson and Nigel Dobbyn.

The long-awaited tale of what became of Starlord can finally be told, courtesy of Kenneth Niemand and Henry Flint.

And lawman Judge Dredd is caught in a fix.

Dave Kendall and Kek-W will also be signing The Dark Judges: The Fall of Deadworld. So you can come and face Judge Death… if you dare!