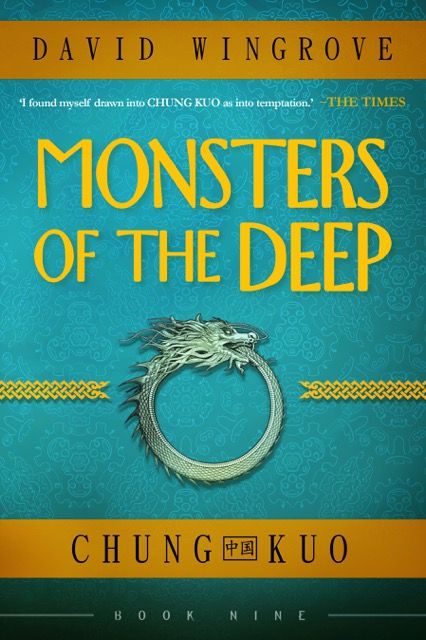 DAVID WINGROVE will be signing CHUNG KUO: MONSTERS OF THE DEEP at the Forbidden Planet London Megastore on Thursday 19th October from 6 – 7pm.

CHUNG KUO is David Wingrove’s extraordinary 20-volume series set two hundred years in the future when China controls the world. With Triad bosses and assassins, emperors, whores and visionaries, it’s part heroic epic, part technological thriller and part romance – a compelling tale of fallen empires, and of ordinary people unified only by the dark history of their time.

As well as CHUNG KUO, David Wingrove is the co-author of the Myst trilogy, based on the best-selling computer game, and of the Hugo Award-winning Trillion Year Spree: The History of SF. He’s an SF critic, a commentator and blogger and an Arsenal fan.