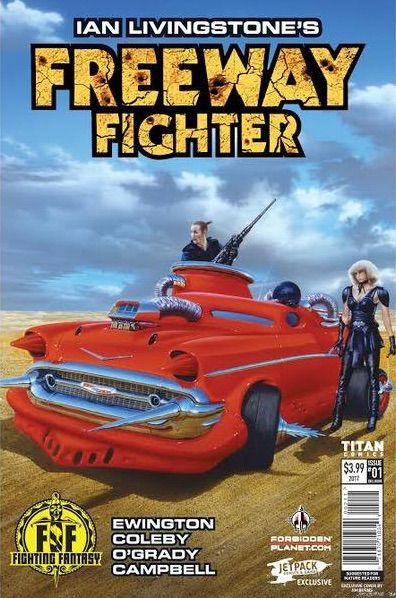 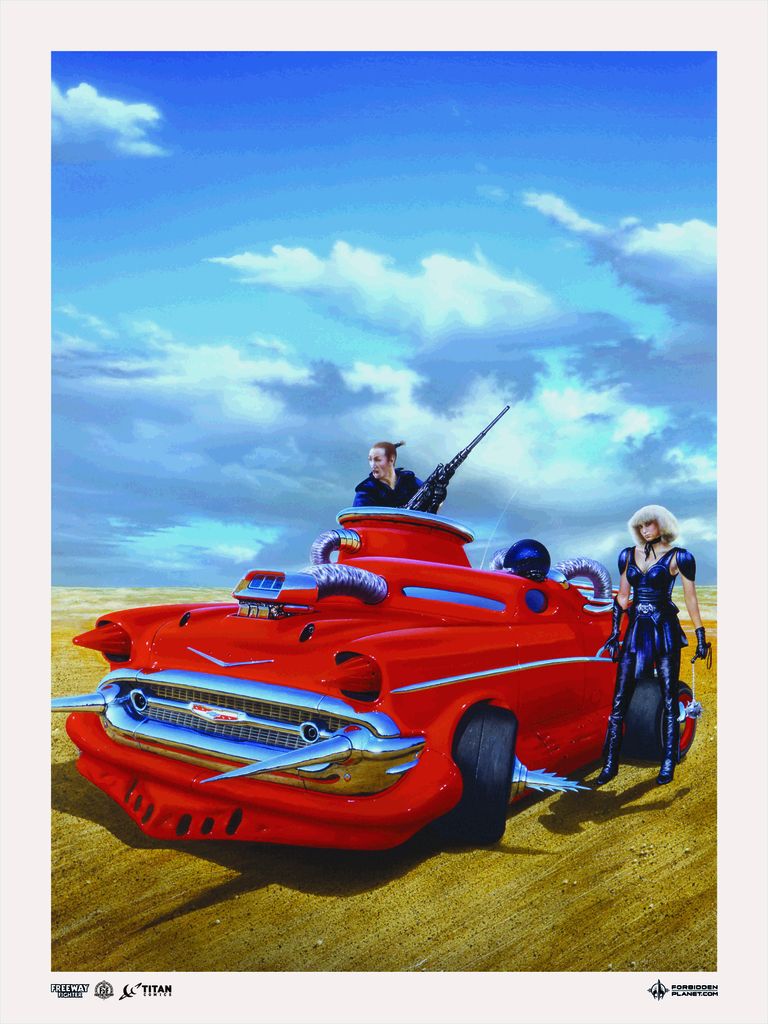 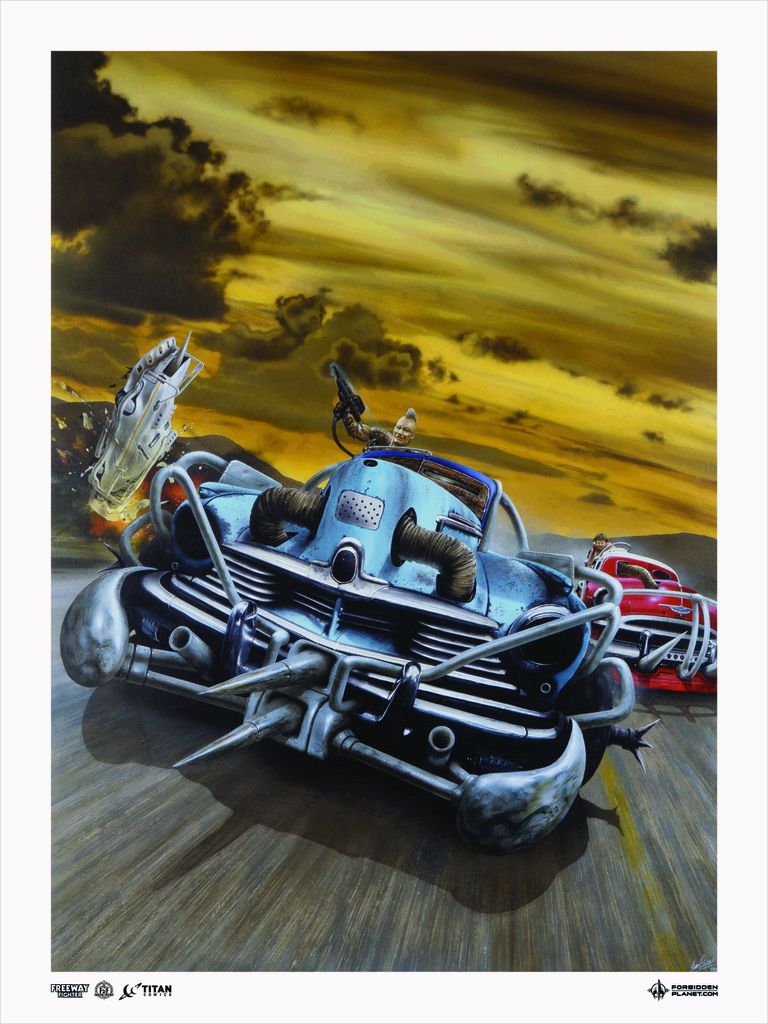 Celebrating 35 years in 2017, Fighting Fantasy brought together choice-driven storytelling with a dice-based role-playing system to create a world in which ‘YOU are the hero!’ The series sold over 18 million copies worldwide and has been translated into over 30 languages.

In the new comics series, an unknown virus has wiped out over 85% of the world’s human population. Former I-400 Driver Bella De La Rosa is one of the 15% – living every day as if it were her last. Now, eighteen months after the collapse of civilisation, faced with a new world order where violence and chaos rule the Freeway. She must hone her racing skills and survive any way she can!

Also available ONLY at the event are two very Limited Edition Prints! See them here.

Stepping away from the usual mix of orcs and goblins, FREEWAY FIGHTER is a road trip like no other. Dare you take it? If yes, turn to paragraph 132!