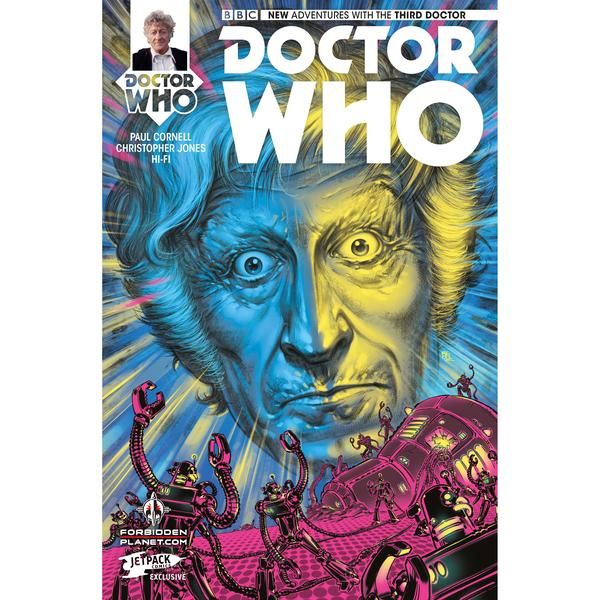 Paul Cornell will be signing the first issue of Doctor Who: The Third Doctor from Titan Comics at our London Megastore on Wednesday 14th September from 6:00pm.

When something enormous crashes into Bedfordshire, the Doctor, Jo Grant, and the forces of UNIT under Brigadier Lethbridge-Stewart mobilize immediately, only to find themselves in the middle of a pitched battle against a terrifying invader.

But the shocking face that awaits their return to base may tip the whole world off its axis! It’s classic third Doctor action as you’ve never seen it before!

Paul Cornell has been Hugo-nominated for his work in TV, comics and prose, and is a BSFA award-winner for short fiction. He has also written some of Doctor Who’s best-loved episodes for the BBC, and has more recently written for the Sherlock-inspired TV show Elementary, starring Jonny Lee Miller and Lucy Liu.