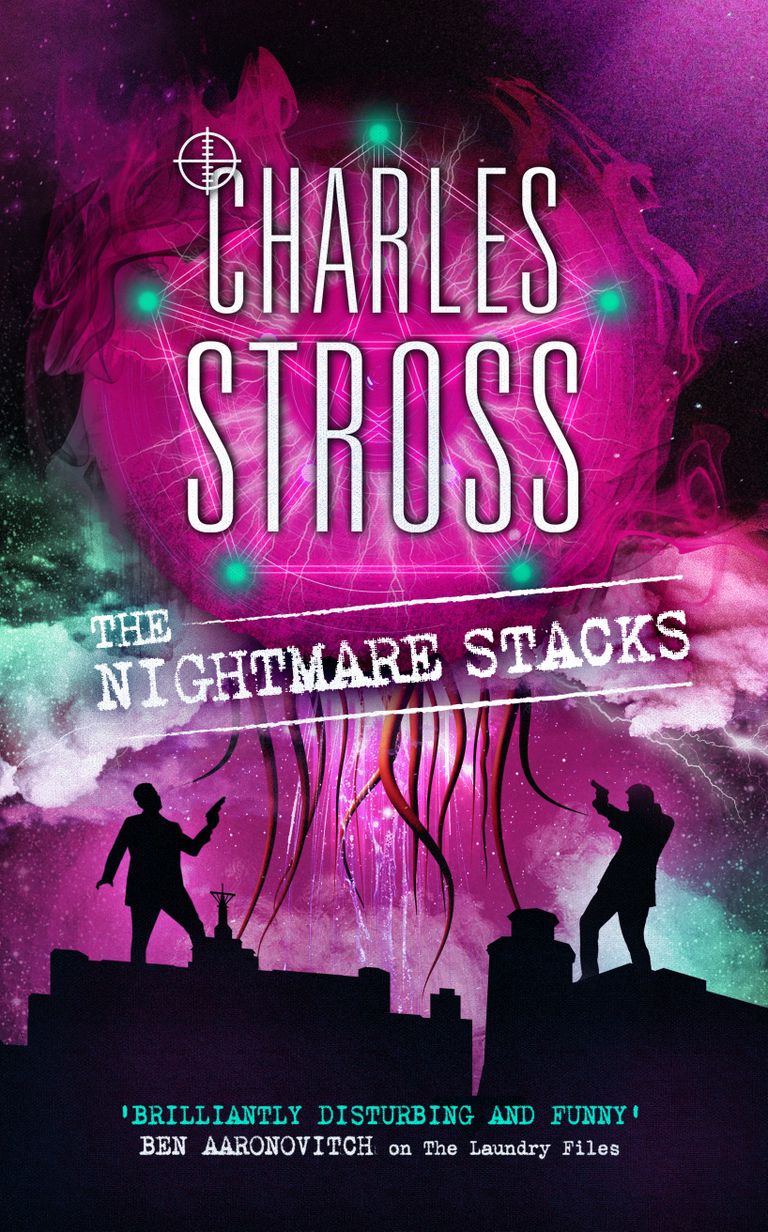 CHARLES STROSS will be signing THE NIGHTMARE STACKS at the Forbidden Planet London Megastore on Thursday 23rd June from 6 – 7pm!

BOOK 7 OF THE LAUNDRY FILES

Alex Schwartz had a great job and a promising future - until he caught an unfortunate bout of vampirism, and agreed (on pain of death) to join the Laundry, Britain's only counter-occult secret intelligence agency.

His first assignment is in Leeds - his old hometown. But the thought of telling his parents he's lost his job, let alone their discovering his 'condition', is causing Alex almost as much anxiety as his new lifestyle of supernatural espionage.

His only saving grace is Cassie Brewer, a student from the local Goth Festival who flirts with him despite his fear of sunlight (and girls). But Cassie has secrets of her own - secrets that make Alex's nightlife seem positively normal.

Charles Stross was born in Leeds, England, in 1964. He has worked as a software engineer and freelance journalist but now writes science fiction and crime thrillers full-time.