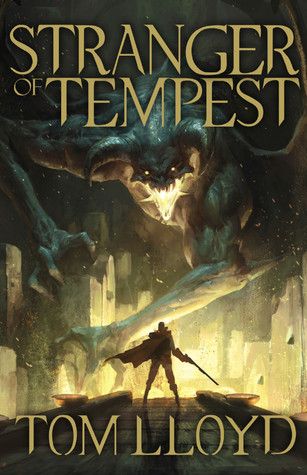 TOM LLOYD will be signing STRANGER OF TEMPEST at the Forbidden Planet London Megastore on Wednesday 15th June 6 – 7pm.

Tom Lloyd’s commercial fantasy adventures follow a brilliantly likeable mercenary, Lynx, with a sense of honour, struggling to maintain his decency in a world turned upside-down by war. He reluctantly signs up with a new company, only to discover that they’re perhaps not as well-intentioned as he would like…

Tom Lloyd's previous heroic fantasy books, including the bestselling Twilight Reign series amongst others, have sold over 75,000 copies and have been translated worldwide. Commercial heroic fantasy is much in demand and this will appeal to fans of David Gemmell, Brandon Sanderson and Scott Lynch.

Tom Lloyd was born in 1979 in Berkshire. After a degree in International Relations he went straight into publishing where he still works for Atlantic Books. He never received the memo about suitable jobs for writers and consequently has never been a kitchen-hand, hospital porter, pigeon hunter, or secret agent. He lives in Oxford, isn't one of those authors who gives a damn about the history of the font used in his books and only believes in forms of exercise that allow him to hit something.