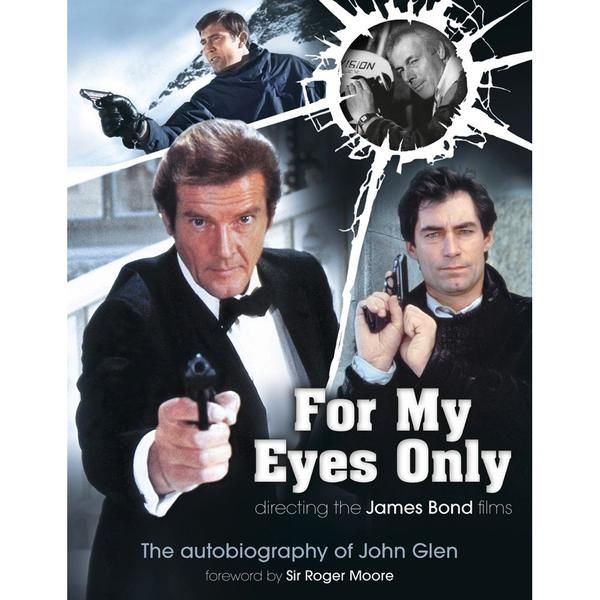 John Glen will be signing For My Eyes Only at the Forbidden Planet London Megastore at 1:00pm on Saturday 31st October.

John Glen’s James Bond movies include some of the most acclaimed entries in the entire series. Glen has directed George Lazenby, Roger Moore and Timothy Dalton, and in 1986 supervised Pierce Brosnan’s initial screen test. Glen remains best known, however, for the memorable stunts that became a trademark of his films.

In this candid and detailed memoir, Glen takes the reader inside the world of action filmmaking, revealing the secrets behind some of the most popular movies ever made. The book is illustrated with many rare behind the scenes stills and storyboard illustrations.

John Glen’s association with the James Bond films began in 1969, when he worked on the classic On Her Majesty’s Secret Service. He returned to edit and second unit direct The Spy Who Loved Me (1977) and Moonraker (1979), before assuming directorial control of the series throughout the 1980s. Glen directed five consecutive Bond movies – For Your Eyes Only (1981), Octopussy (1983), A View to a Kill (1985), The Living Daylights (1987) and Licence to Kill (1989), a record that has never been matched.