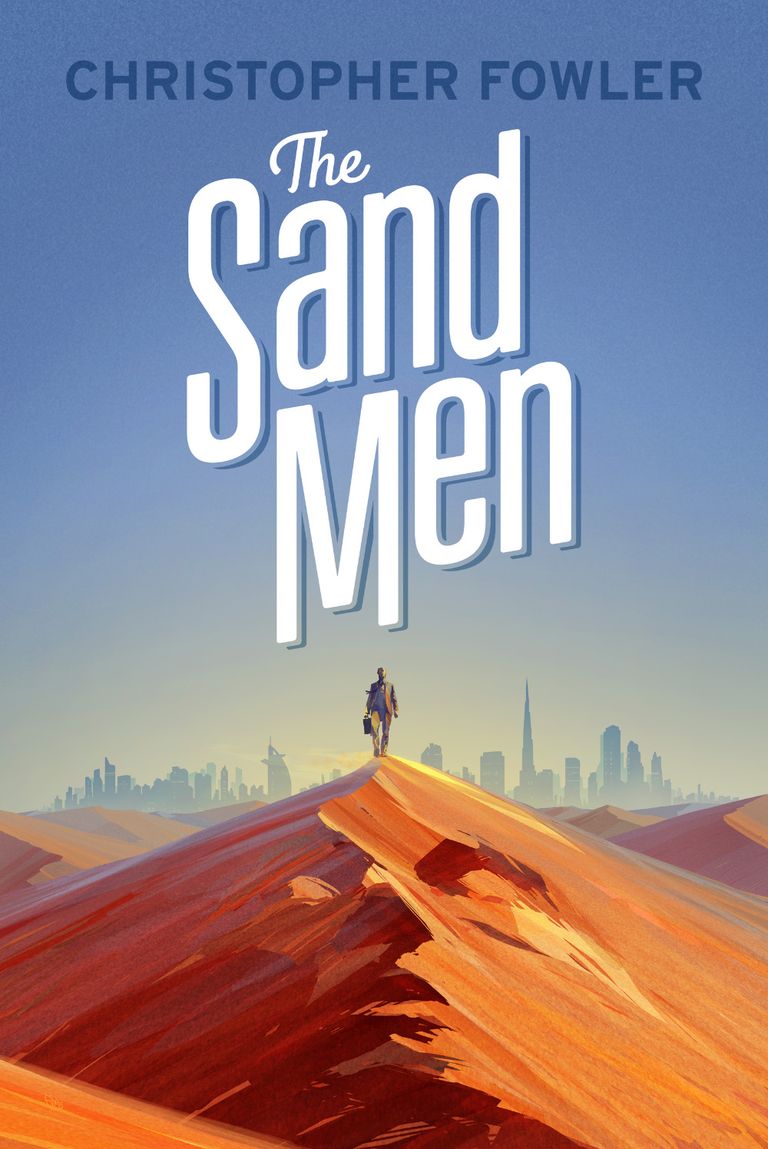 CHRISTOPHER FOWLER will be signing THE SAND MEN at the Forbidden Planet London Megastore on Thursday 15th October from 6 – 7pm!

‘The ultimate gated community is a human being with a closed mind.’ – JG Ballard

High-luxury resorts are growing from the ancient sands of Dubai; new playgrounds for the world’s super-rich. Dream World, the latest and largest of these bubble towns of unreality to emerge, is ambitious, grandiose and in trouble.

Roy Brook was a failing architect, now he’s Dream World’s latest hire and rising star, brought in to fix the failures that threaten the site’s grand opening. But for his wife, Lea, life has been irrevocably changed; living in a gated community, she finds herself a virtual prisoner in a land where the wives appear happy to follow behind their husbands in the isolated shade of their luxury homes. At least there are a few friendly outsiders who don’t enjoy the conformity of the ex-pat community - until one night, when the most outspoken one, Milo, is killed in a suspicious hit-and- run. Milo’s death is the first in a string of terrible accidents that divide the foreign workers, as they start to blame migrants, Arabs and even each other. Lea is convinced that deliberate acts of cruelty are being committed – but is there a real threat to her life, or is she becoming paranoid? And what role does her estranged 15 year-old daughter Cara play?

Christopher Fowler is the award-winning author of over thirty novels and twelve short story collections, and the Bryant & May mystery novels, which record the adventures of two Golden Age detectives investigating impossible London crimes. His latest books are the sinister comedy-thriller ‘Plastic’, the memoir ‘Film Freak’ and the haunted-house novel ‘Nyctophobia’. Other work includes the ‘War of the Worlds’ videogame, a graphic novel and a Hammer horror radio play.