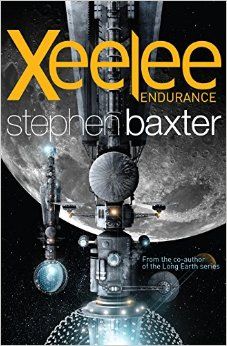 STEPHEN BAXTER will be signing XEELEE: ENDURANCE, at the Forbidden Planet London Megastore on Thursday 17th September at 6 – 7pm

From the co-author of The Long Earth series

Return to the eon-spanning and universe-crossing conflict between humanity and the unknowable alien Xeelee in this selection of uncollected and unpublished stories, newly edited and placed in chronological reading order.

From tales charting the earliest days of man's adventure to the stars to stories of Old Earth, four billion years in the future, the range and startling imagination of Baxter is always on display. As humanity rises and falls, ebbs and flows, one thing is always needed - the ability to endure.

Stephen Baxter is the pre-eminent SF writer of his generation. With Terry Pratchett he has co-authored the Long Earth novels. Published around the world he has also won major awards in the UK, US, Germany, and Japan. Born in 1957 he has degrees from Cambridge and Southampton. He lives in Northumberland with his wife. He is also a fellow of the inter-planetary committee.