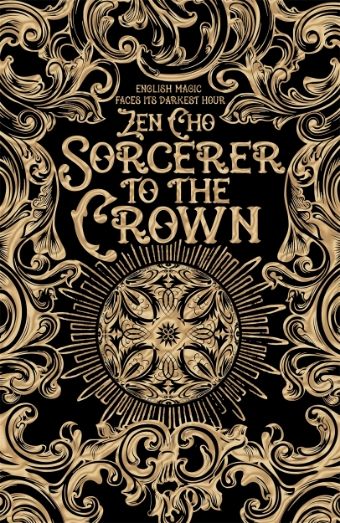 Zen Cho will be signing her debut novel, Sorcerer To The Crown at the Forbidden Planet London Megastore on Thursday 10th September at 6:00pm.

In Regency London, Zacharias Wythe is England's first African Sorcerer Royal. He leads the eminent Royal Society of Unnatural Philosophers, but a malicious faction seeks to remove him by fair means or foul. Meanwhile, the Society is failing its vital duty - to keep stable the levels of magic within His Majesty's lands. The Fairy Court is blocking its supply, straining England's dangerously declining magical stores. And now the government is demanding to use this scarce resource in its war with France.

Zen Cho was born and raised in Malaysia. She is the author of Crawford Award-winning short story collection Spirits Abroad, and editor of anthology Cyberpunk: Malaysia. She has also been nominated for the Campbell Award for Best New Writer and the Pushcart Prize, and honour-listed for the Carl Brandon Society Awards, for her short fiction. Sorcerer to the Crown is her debut novel and is the first in a historical fantasy trilogy, Sorcerer Royal.