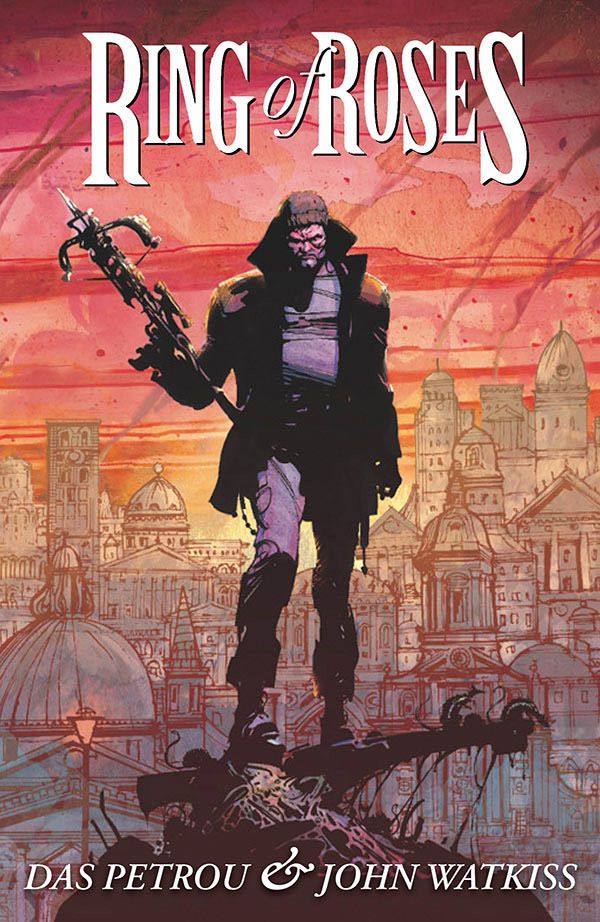 DAS PETROU and JOHN WATKISS will be signing RING OF ROSES at the Forbidden Planet London Megastore on Wednesday 29th July from 6 – 7pm.

This is London, 1991. Lawyer Samuel Waterhouse investigates a ghoulish murder mystery set in alternate English history that’s all religious mania, secret societies and the plague. Imagine an England under religious rule - a rule so iron-fisted that science and technology has been set back decades…

Das has worked in both film and advertising as a conceptual artist and writer for clients as varied as Walt Disney, Saatchi & Saatchi, Universal Pictures, BBH, and the BBC. He also worked at Neal Adams' Continuity Associates in New York, and wrote a JAMES BOND series for Dark Horse, as well as being an art director at Cartoon Network. When writing RING OF ROSES he was working on a feature for Steven Spielberg, and developing the TV series, TALES OF BEATRIX POTTER. He is currently completing his first novel, a supernatural thriller called WINTER OF THE SUCCUBUS.