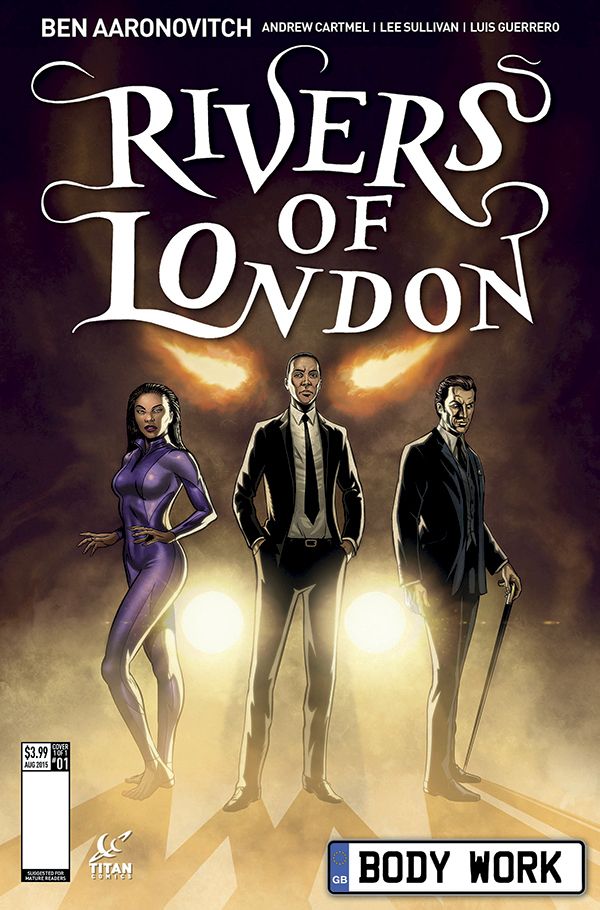 BEN AARONOVITCH, ANDREW CARTMEL and LEE SULLIVAN will be signing ISSUE ONE of the RIVERS OF LONDON comic series at the Forbidden Planet London Megastore on Wednesday 15th July from 6 – 7pm!

Follow the continuing adventure of Peter Grant, and the special branch of the Met who deal with magic and the supernatural!

Peter Grant has come a long way since first entering that particular special branch of London's Metropolitan Police. With his hard-earned powers and a flair for the supernatural, it's his job to investigate those shadowy crimes that involve urban vampires, weird folk in the Underground and, in this case, why cars are suddenly taking on lives of their own and killing innocent people!

Born and raised in London, Ben Aaronovitch now lives in Kentish Town. He is a former bookseller and script-writer, most famously for Doctor Who when he was the first person to write a scene of a Dalek going up a flight of stairs in a TV story in ‘Remembrance of the Daleks’. He now writes full-time.

Andrew Cartmel is a British author and journalist, and former script editor of Doctor Who. He has also worked as a script editor on other television series, as a magazine editor, as a comics writer, as a film studies lecturer, and as a novelist. His 'Vinyl Detective' series of novels will be out from Titan Books next year.