Learn the Scientific Secrets of Doctor Who! 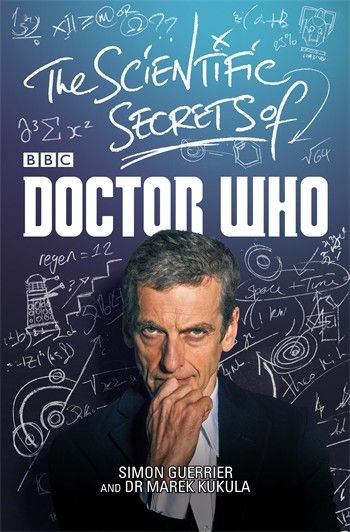 Weaving together authoritative scientific discussion with a series of new adventures, this title explores the possibilities of time travel, life on other planets, artificial intelligence, parallel universes and more. From the dawn of astronomy and the discovery of gravity to the moon landings and string theory, the authors show how science has inspired Doctor Who, and how, on occasion, life has mirrored art, such as the 1989 discovery of ‘ice-canoes’ on Triton which were featured in the 1973 episode The Planet of the Daleks.

Simon Guerrier is the author of countless Doctor Who books, comics, audio plays and documentaries. As research for one of his Doctor Who stories, he studied GCSE astronomy at the Royal Observatory Greenwich – resulting in an A* and the plot for another Doctor Who story. Simon regularly writes for Horrible Histories Magazine and medical journal The Lancet Psychiatry. With his brother Thomas, he also makes films and documentaries – most recently The Fundamentalist Queen, about the wife of Oliver Cromwell, broadcast on BBC Radio 3 in December 2014.

Dr Marek Kukula is the Public Astronomer at the Royal Observatory Greenwich, the home of time and space. As a child, he wanted to be a Time Lord when he grew up but settled on astronomy as the next most exciting thing, going on to study quasars and distant galaxies with the Hubble Space Telescope. Marek regularly appears on BBC science shows such as The Sky at Night and Bang Goes the Theory to discuss the latest astronomical discoveries and has also made an appearance on Doctor Who Confidential, showing Karen Gillan how to view Saturn through a telescope.