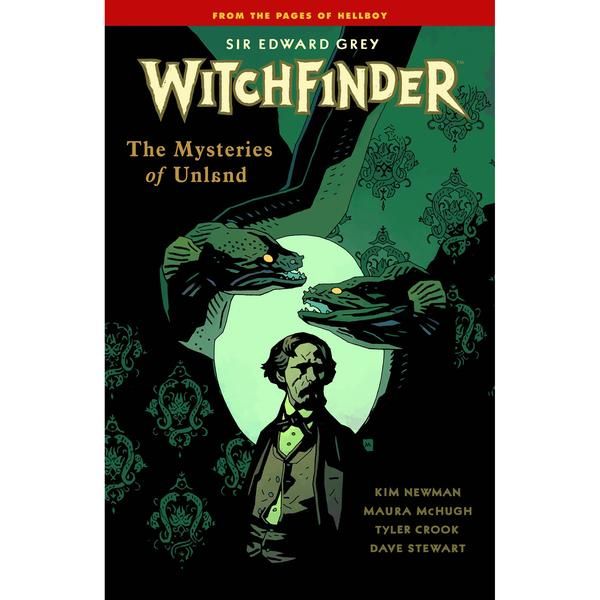 Kim Newman and Maura McHugh will be signing copies of Witchfinder Vol.3 at our London Megastore at 6:00pm on Wednesday 15th April.

From the world of Hellboy comes this story of Sir Edward Grey, sent to Hallam to investigate the death of a Crown-appointed official. Once he is there he hears rumors of the mysterious Unland - the wetlands around the town - and the creatures that inhabit it. Grey's skepticism vanishes when he encounters the monsters of Unland, and he realizes that Hallam is a place of secrets.

Kim Newman is a London-based author and movie critic. He makes frequent appearances on radio and TV. He has won the Bram Stoker, International Horror Guild, British Fantasy and British Science Fiction Awards and been nominated for the Hugo and World Fantasy Awards. He writes regularly for Empire Magazine and contributes to The Guardian, The Times, Time Out and others.

Maura McHugh is a writer living in the West of Ireland. She's published two collections in the USA, contributed to IDW's Womanthology, has written the comic books Róisín Dubh and Jennifer Wilde For Atomic Diner Comic in Ireland, as well as co-writing Witchfinder: The Secrets of Unland with Kim Newman for Dark Horse Comics.