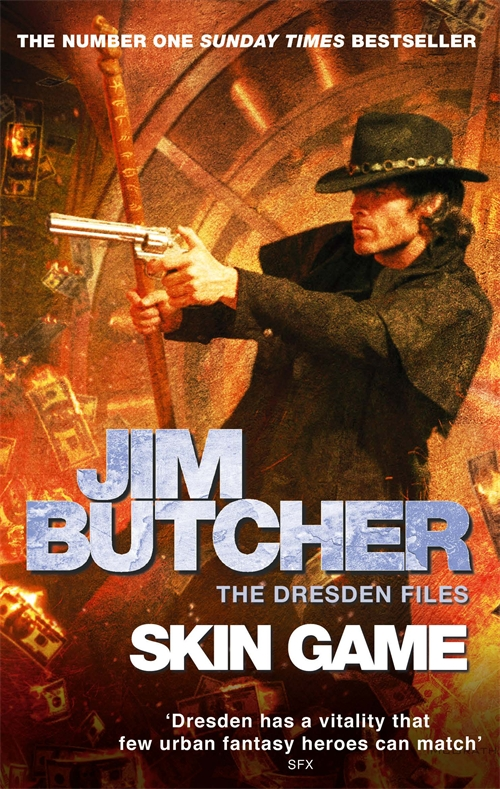 JIM BUTCHER will be signing SKIN GAME and other titles at the Forbidden Planet London Megastore on Tuesday 7th April from 6 – 7pm!

The latest instalment in the Dresden Files comes to paperback - Skin Game is a number one Sunday Times and number one New York Times bestseller.

Harry Dresden, Chicago's only professional wizard, is about to have a very bad day. As Winter Knight to the Queen of Air and Darkness, Harry never knows what the scheming Mab might want him to do. Usually, it's something awful.

This time, it's worse than that. Mab's involved Harry in a smash-and-grab heist run by one of his most despised enemies to recover the literal Holy Grail from the vaults of the greatest treasure horde in the world - which belongs to the one and only Hades, Lord of the Underworld.

Dresden's always been tricky, but he's going to have to up his backstabbing game to survive this mess - assuming his own allies don't end up killing him before his enemies get the chance . . .

Jim Butcher is a bestselling author and martial arts enthusiast. His résumé includes a long list of skills rendered obsolete at least 200 years ago, and he turned to writing because anything else probably would have driven him insane. He lives with his family in Independence, Missouri.