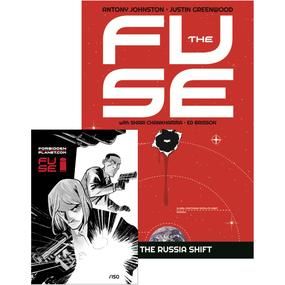 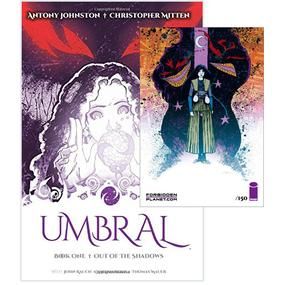 ANTONY JOHNSTON will be signing THE FUSE VOL. 1 THE RUSSIA SHIFT and UMBRAL VOL. 1 OUT OF THE SHADOWS at the Forbidden Planet London Megastore on Saturday 30th August from 3 - 4pm!

THE FUSE VOLUME 1: THE RUSSIA SHIFT

Working homicide on an orbiting energy platform, in a five mile long jury-rigged steel city stuffed with a half million people, and no help from your so-called colleagues back on earth, is more than tough...it's murder. A new crime series with serious attitude!

Exclusive mini-prints by Justin Greenwood and signed by Antony Johnston. Limited to 150

UMBRAL VOLUME 1: OUT OF THE SHADOWS

The young thief called Rascal witnesses the horrific and brutal murder of the royal family-now the world's dark legends will be relived, and only Rascal even knows it's happening!

Exclusive mini-prints by Christopher Mitten and signed by Antony Johnston. Limited to 150

Antony Johnston is an award-winning, New York Times bestselling author of graphic novels, video games, and books, with titles including Wasteland, The Fuse, Umbral,Shadow of Mordor, Dead Space, The Coldest City, ZombiU, and more. He has adapted books by bestselling novelist Anthony Horowitz, collaborated with comics legend Alan Moore, and reinvented Marvel's flagship character Wolverine for manga. His titles have been translated throughout the world and optioned for film. Antony lives and works in England.