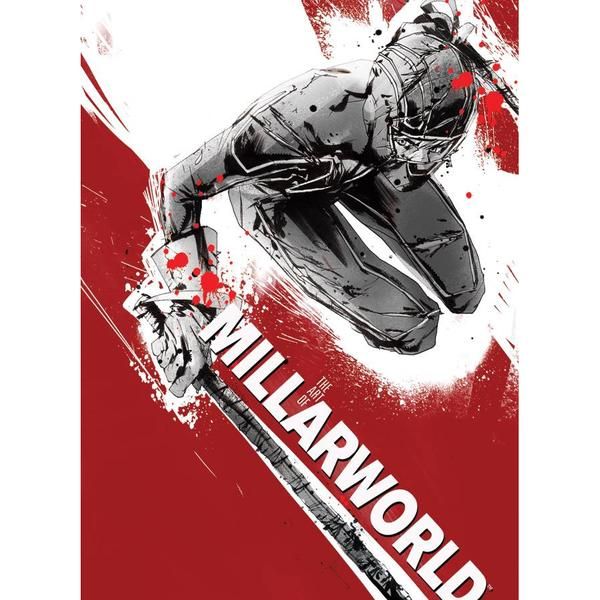 Join comic superstars MARK MILLAR and DUNCAN FEGREDO to launch their new comic, MPH, at the Forbidden Planet London Megastore on Saturday 24th May from 1:00 to 2:00pm.

The all-new Millarworld Universe kicks into high gear with the launch of Millar and Fegredo's fast and furious miniseries. When a group of hard-luck teens in Motor City stumble upon a street drug called MPH, they gain the power of super speed. Will they use it to save the world? Hell no! Not when there's dolla, dolla bills to be had, y'all. A high-octane urban adventure, MPH brings you super speed like you've never seen before!

Mark Millar is the award-winning writer/ creator of Wanted and Kick-Ass and worked as an executive producer on their subsequent movie adaptations. He is also the Creative Consultant for 20th Century Fox in Los Angeles, overseeing their upcoming Marvel movies. His ten years at Marvel produced Civil War, the biggest-selling series of the decade, and The Ultimates, credited by screen-writer Zak Penn as his inspiration for The Avengers movie. His Millarworld company has expanded in the last few years to include Kick-Ass 2, Hit-Girl, The Secret Service, Nemesis, War Heroes, American Jesus, Supercrooks and Superior. In 2012, he was awarded an honorary doctorate by Glasgow Caledonia University for his services to film and literature.

Duncan Fegredo is best known for collaborating with Mike Mignola on his signature creation, Hellboy. Previously Fegredo created a bunch of fabulous books at Vertigo with Peter Milligan and the hilarious Jay & Silent Bob with writer/director Kevin Smith. He was also lead story artist on Darren Aronofsky’s NOAH.

PLEASE NOTE: Due to time restrictions, Mark Millar & Duncan Fegredo will only be signing copies of MPH and The Art Of Millarworld - and Duncan will be unable to sketch at the event.