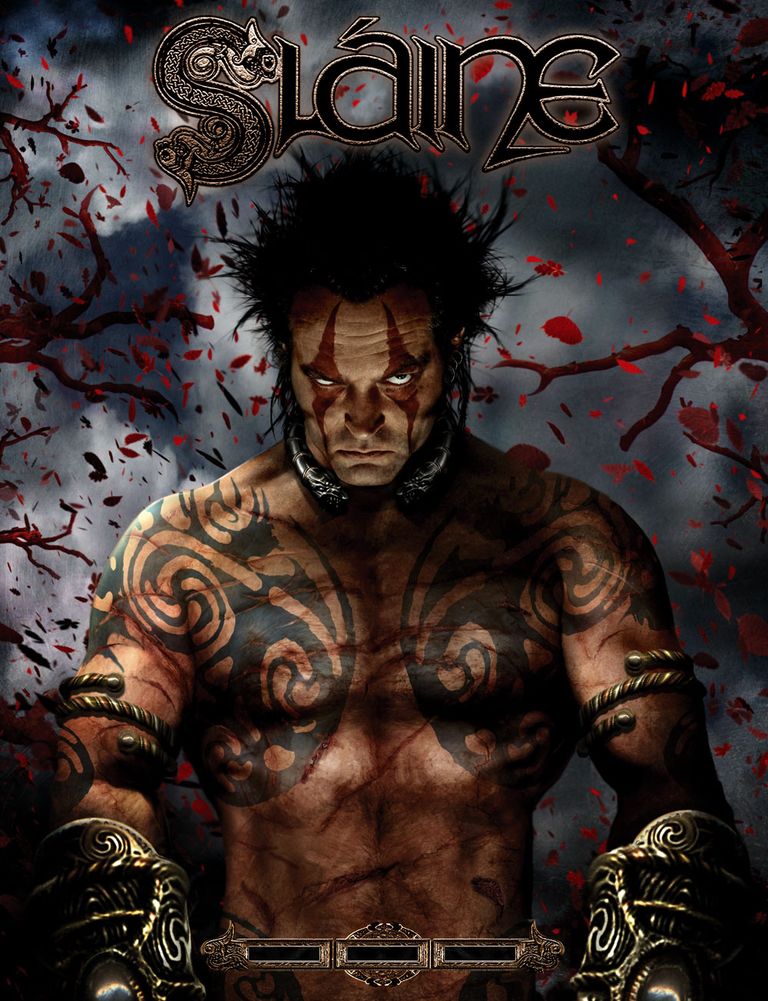 PAT MILLS and CLINT LANGLEY will be signing SLÁINE: BOOK OF SCARS (Rebellion) at the Forbidden Planet London Megastore on Wednesday 6th November from 6 – 7pm.

With a combination of authentic Celtic mythology, stunning artwork, and inventive writing, Sláine Mac Roth and his treacherous dwarf servant Ukko are some of 2000 AD’s most popular characters. In Tir Nan Og - the Land of the Young - the barbarian warrior united the tribes of the Earth Goddess and became the first High King of Ireland. Fighting for the Goddess in other eras, he returned to his own time to save his people from the Fomorian sea devils. Now, he’s a wanderer and a sword-for-hire, but is his past about to catch up with him? This special 30th anniversary hardcover features a gallery of Sláine covers and additional material in a great collector’s item that’s not to be missed by fans of great storytelling, art and warp spasms everywhere!

Pat Mills is the creator of 2000AD and one of the most respected comic book writers around. He’s created some of the longest-running characters for the title such as Sláine, ABC Warriors and Nemesis The Warlock. His other work includes writing and developing Judge Dredd and Charley’s War.

Clint Langley started his career in the 90’s. His images can be seen worldwide in comics, on novel covers and in the conceptual design for advertising and films. His first comic strip work was Dynosty, which appeared in 2000AD. He’s since worked on various comic strips such as Sláine, Judge Dredd and Warhammer.