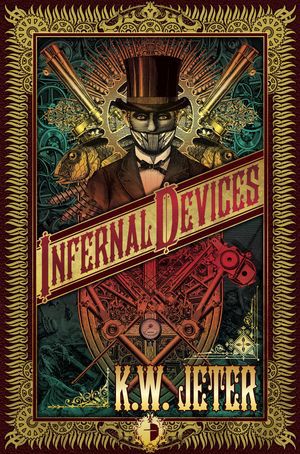 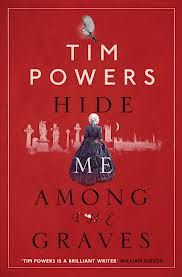 In James P Blaylock’s ‘The Aylesford Skull’, we meet Professor Langdon St. Ives - a brilliant but eccentric scientist and explorer living in Aylesford. Not far away Dr. Ignacio Narbondo, an old nemesis of St. Ives, robs a grave of its skull – and kidnaps St. Ives’s son Eddie. The Professor must chase him to London to unravel the mystery.

K W Jeter’s ‘Fiendish Schemes’ brings us a new, steam-powered Victorian London. After accepting congratulations for his late father's grandest invention - a walking, steam-powered lighthouse - Dower is enticed by into a web of intrigue. Drugged, arrested, and interrogated by men, women, and the steam-powered Prime Minister, he’s trapped in a maelstrom of secrets, corruption, and schemes that threaten to drown him in chaos.

Tim Powers’s ‘Hide Me Among the Graves’, takes us to London, 1862 – a city of over three million souls, of stinking fog and dark, winding streets. Through these streets walks the poet Christina Rossetti, haunted and tormented by the ghost of her uncle, John Polidori. Without him, she cannot write, but her relationship with him threatens to shake London itself to the ground.