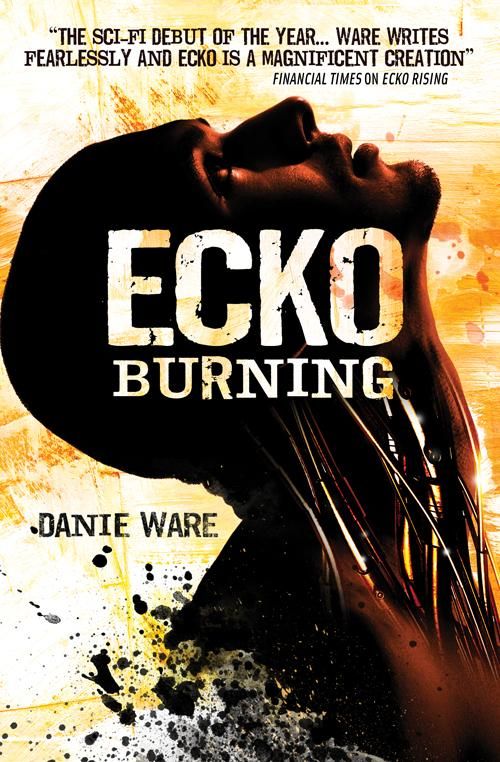 DANIE WARE will be reading from and signing ECKO BURNING (Titan Books) at the Forbidden Planet London Megastore on Thursday 17th October from 6 – 7pm.

A unique fantasy–sci-fi epic, Ecko Burning is the anticipated follow up to the internationally acclaimed Ecko Rising.

The story follows a savage, gleefully cynical anti-hero immersed in his own fantasy world. It’s sardonic and fast-paced, and scattered with a healthy dusting of violence and sarcasm. In the second book of the genre-bending cyberpunk saga, we learn more about the world Ecko occupies, its politics and future, while Ecko himself follows a trail of myth and rumour to a ruin where nightmare and shocking truth lie in wait.

And when these two things cross over, the world will be shaken to the core.

Danie Ware has been immersed in the science fiction and fantasy community for the past decade. An early adopter of blogging, social media and a familiar face at conventions, she appears on panels as an expert on genre marketing and retailing. Ecko Burning is the second book of a trilogy, and the follow-up to the ground-breaking Ecko Rising.