Carl Critchlow signing Thrud the Barbarian
Saturday 28 September 2013 from 12:00 to 13:00 at our London Megastore 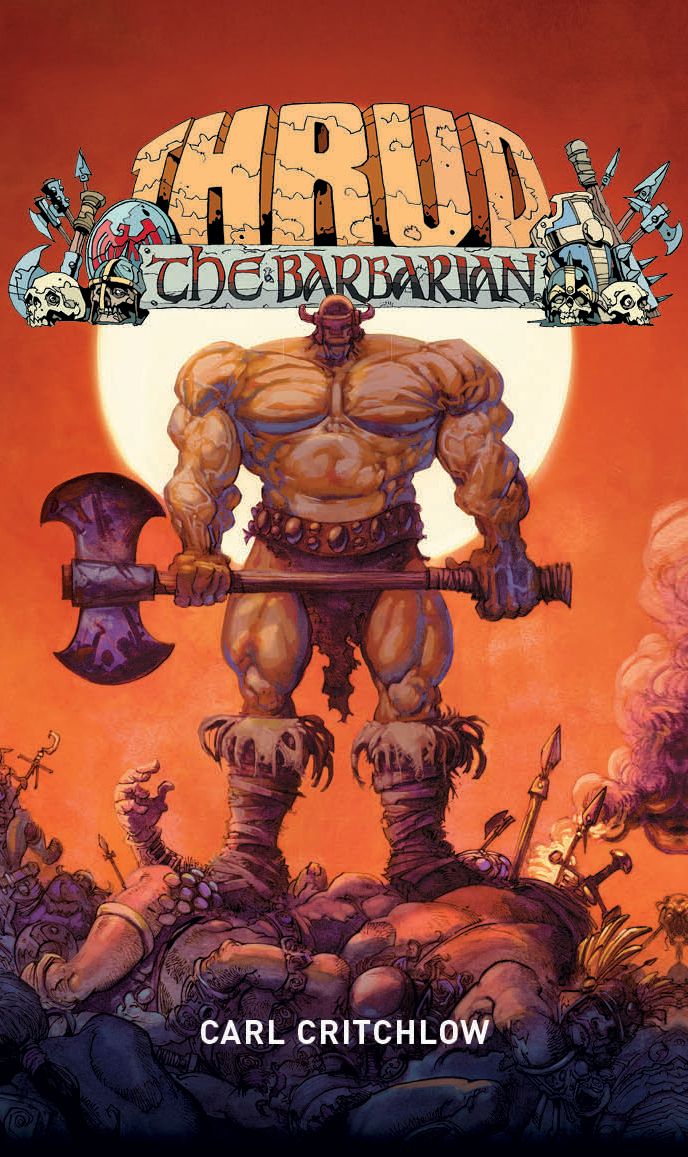 Thrud: big of muscle, tiny of head, which is fine for Thrud as you only need a big brain if you need to talk your way out of trouble. Instead, he lets his axe speak for him!

In the first collected volume of this hugely popular cult, er, hero, Thrud faces down the necromancer To-Me Ku-Pa (FWAP! THWOK!); protects his beer supplies from fierce Frost Giants (KRISH! KER-THUNK!); faces his arch-nemesis (THUNKTHUNKTHUNK!); assumes the stately role of the king he accidentally killed (GAK! POK!) and gets his pint spilled on a mission into the depths of a primeval jungle (ARRGGLE! SPLUTCH!)!

A hilarious, timeless parody of Conan The Barbarian and his musclebound ilk!

Creator Carl Critchlow has a long history in both comics and gaming art. He has produced over 200 painted pieces for seminal collectable card game Magic: The Gathering, has contributed creatures to such roleplaying games as World of Warcraft, Dungeons & Dragons, The Wheel of Time and Star Wars! He has also drawn comic strips for 2000AD (including Judge Dredd), Batman and more!